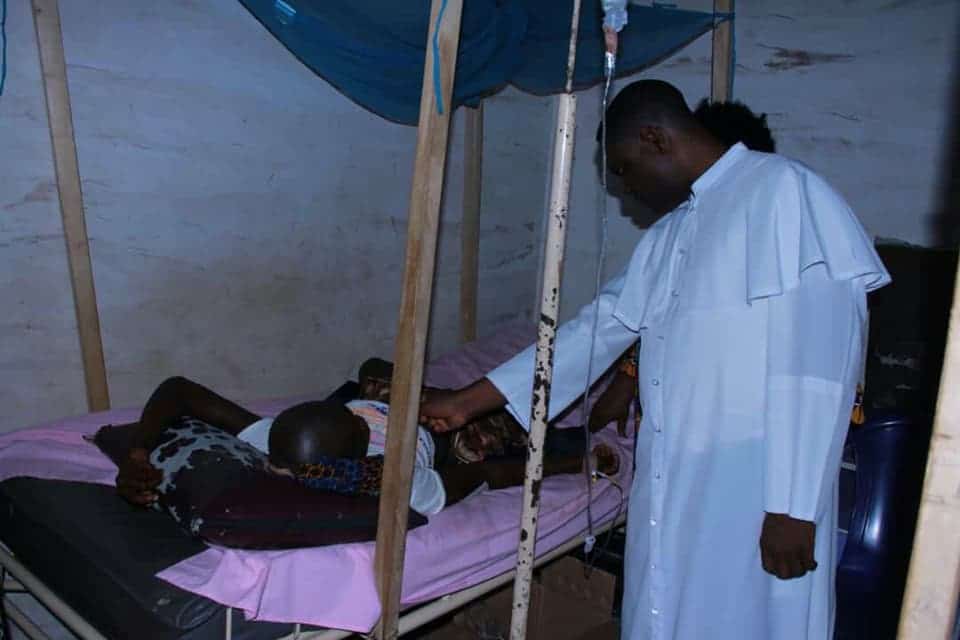 According to a social media report, suspected Fulani herdsmen attacked a young pregnant woman in Yogbo town Makurdi, Benue state on Sunday evening. A fellow, Benjamin Amaechi, who shared the news spoke of how the attackers used used sticks to pierce through her private part to kill the unborn child in her. They also pulled out the child and her womb after which they beat her and left her to die.

When soldiers went to pick her corpse upon her husband’s report, it was discovered that she was still alive. She was quickly rushed to Bishop Murray Hospital for treatment.

Yesterday evening a young pregnant woman was captured by the Fulani herdsmen in Yogbo town Makurdi LGA. She was with her husband who escaped when they started shooting. The men used used sticks to pierce through her private part to kill the unborn child and pull the child and her womb out after which they beat her and left her for dead. When the military went to pick the corpse upon her husband’s report they discovered that she was still alive and brought her down to Bishop Murray Hospital which morning s run by the Catholic Church. We were informed and rushed there.

READ
Wole Soyinka opens up on his battle with prostate cancer

Preliminary processes and documentation have been done. We have paid for screening and two pints of blood and and I am currently waiting for the bill for the surgery to likely take out the womb. 2face joins activist in protest against killings in Nigeria (Photos)