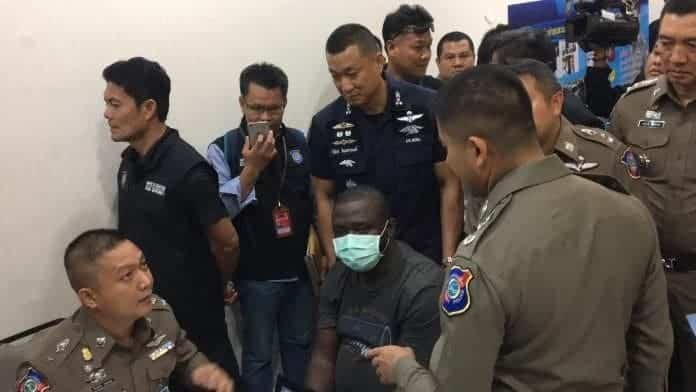 A Nigerian Yahoo boy has been arrested in Thailand for scamming women into transferring money to him.

The suspect identified, Light Chinezurum Mmaramigro, was arrested on Friday morning, April 27, at his apartment in Bangkok after he posed as an online suitor, engaging in romantic relationships with Thai women before asking them to transfer him money.

According to the deputy commissioner of tourist police, Maj. Gen. Surachet Hakpal, Mmaramigro created a fake Facebook profile under the name Stanley George, with several pictures of a Caucasian man.

After chatting with Thai women for some time, he would trick them into transferring him money before deleting his Facebook account. Mmaramigro had made more than 130,000 baht this way.

READ
Wole Soyinka opens up on his battle with prostate cancer

The deputy commissioner has encouraged the victims to come front and report to police.

“This is a transnational crime. This is a cybercrime. The foreigners cannot do us harm if we see through their tricks”