Wini Lazarus explains why she’s better than a sex doll.

In a chat with TheNewsGuru, she said:

Simi new Instagram photos spark outrage, fans blast her for ‘showing too much’ despite being a mother

”A sex doll can never take my place.My man has to be satisfied with me, because I am sweet for him”.

Nollywood actress Bukola Awoyemi, popularly known for her role in the hit movie Arugba, also shed her opinion concerning men and the trending talk of sex dolls. The Yoruba actress stated that if she ends up marrying a man with cheating genes, she would rather prefer he cheats on her with a fellow human like her, instead of a sex doll. She says sex dolls are inanimate objects, so therefore it is inhumane to have sex with one. Her quote below.

“I never wished for a man that will cheat on me when I get married but if I end up with one with cheating genes in his blood, I would prefer him to cheat on me with a human being than with an object. The reason is simple, it is just inhuman to have sex with an object. Sex dolls are inanimate objects, as far as I am concerned,”

Bukola is the baby mama of Yoruba actor, Damola Olatunji. Many say she is the reason the actors marriage with his UK based wife crashed after she had twins for him, a boy and a girl. When asked if she snatched Damola from his wife, the dark-skinned actress denied such.

Popular actress & Tv presenter,drinks her own urine Live On TV

In a rather shocking episode on an English TV program "Loose Women", popular actress succeeded in making her guests disgusted as she drank her own urine on live TV.

English actress, Nadia Sawalha has shocked many viewers on the show as she made to demonstrate urine therapy which involves drinking your own urine and massaging one’s skin for cosmetic or medicinal reasons.

Though Nadia mentioned that she would only drink her urine if the Loose Women producer did it first, saying:

“We do get asked to do a lot of things by our producers and so I said I’d do it if Ashely does and he said he would…he never imagined I’d make him... 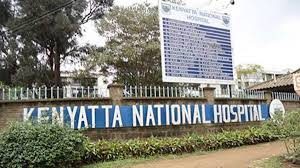