The quarter final draws for the Champions League and Europa league has been done in Nyon.

Premier League leaders Manchester City have been drawn against English rivals Liverpool in the quarter-finals of the Champions League.

Liverpool and City are England’s last remaining representatives after Chelsea, Manchester United and Tottenham crashed out in the round of 16.    City secured their place in the last eight by beating Basel, having won the away leg 4-0, but then lost 2-1 at home in the second leg.

Liverpool saw off Porto in the round of 16, which also saw an impressive away performance with a 5-0 victory at the Estadio do Dragao ahead of a routine goalless draw at Anfield.

No one wants to be like Gary Neville – Alexander-Arnold

Anfield will host the first leg of the quarter-final tie, which will be played on April 3 or 4 with the second leg to be held on April 10 or 11.

Elsewhere in Friday’s quarter-final draw, holders Real Madrid were handed a tie against Italian giants Juventus, who beat Tottenham in the last round.

Also the draw for the Europa quarter finals took place with the fixtures listed below.

Why Lionel Messi scored two goals through my legs – Courtois

Lawmaker lambasts colleagues for campaigning for 2019 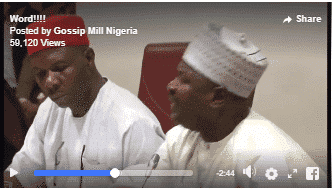 According to video reports, lawmakers have been lambasted seriously over campaign for 2019 elections.

The senator representing Bauchi Central, Isah Misau,while reprimanding his colleagues and other political office holder, said nothing is working in Nigeria but politicians are sadly more focused on getting reelected in 2019.

He further said,It is sad that the media have to push leaders to...