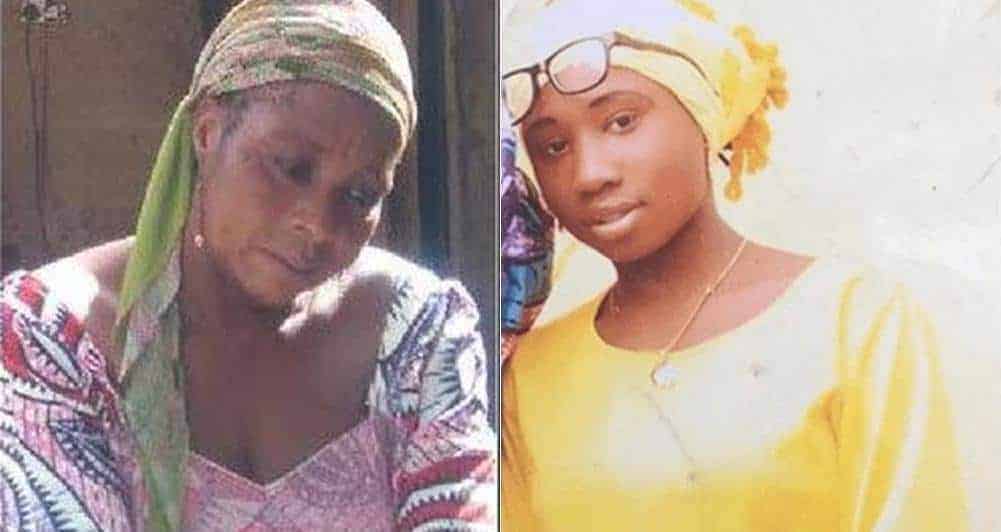 The parents of Leah Sharibu, the only Dapchi schoolgirl still being held by Boko Haram because she refused to denounce her christian faith are still hopeful that she will return home.

Leah Sharibu sent a message to her mother that the family should pray “for the will of God to be done”. The Nation reports.

President Muhammadu Buhari said yesterday that the government would not abandon her.

Leah, the only Christian among the 110 girls kidnapped on February 19, was not released along with 104 others on Wednesday.
Five of the girls died on the day they were abducted.

Leah’s mother, Mrs Rebecca Sharibu, fainted when she was told on Wednesday that her daughter was not released.

Mrs Sharibu told our reporter yesterday that her daughter sent a message that the family should pray for God’s will to be done.

Mrs Sharibu has not lost hope that her daughter would return. She vowed to continue to pray for her to be released.

She said: ”The released girls told us that the insurgents insisted that my daughter must renounce her religion. But she told them she had no single knowledge of Islam and could not be a Muslim. She was then left out of the Dapchi trip. They told her that any day she accepts Islam, she will be released.

”Leah, we were told was left behind with three Boko Haram women but she sent the message through her mates that we should pray for the will of God to be done in her life”.

She urged the Federal Government to negotiate for her daughter’s freedom, saying:

”So I plead that the government and the negotiation team should revisit the terms of the agreement to ensure the release of my daughter. Everybody has his religion and no one should be compelled to practice a religion he or she never wishes to”.

Leah’s father Nathan Sharibu thanked the Dapchi community for standing by him and his family.

How Leah was stopped from returning

Mrs. Sharibu said some of the released girls told her how Leah was stopped by Boko Haram at the last minute.

“What her school mates that returned told me was that my daughter (was told she) must recite the Kalima Shahada (the Islamic profession of faith in one God), and she does not know how to recite it,” she said.

“So they told her that if she didn’t know how to recite it then she should come down from the vehicle. She had already boarded the vehicle alongside others that were ready to come home. So she was asked to go down and join some three other females that they said they met there at where they were kept.

“They said my daughter would only be brought back home the day she knows how to recite Kalima shahada.

“She insisted that she does not know how to recite and that she was not brought up as a Muslim. That was why she was held back. She was asked to go and stay with those three women who were also captives there.

“She then pleaded with her friends that if they eventually made it home successfully, they should inform we, her parents, to continue to help her pray for God to protect her and bring her home safely as well. That whether she survived or not, she still need prayers.

“My concern and question to the government is that since we were told that the negotiation was done for all the schoolgirls, why did government accept that only my daughter be left behind when others’ were freed and even brought home?

“So I am begging the federal government of Nigeria, if the negotiation was because they love all the girls as their own, they should do everything to help release my own girl.

“To the Boko Haram members, I have nothing to say other than they should have pity on my only daughter and release her. It was not her fault that she is a Christian, I know that in this world, everyone chose the path of faith he or she has chosen in worshipping God. There is no way one could be forced to do what he or she does not know. It is not possible.

Her father had earlier on said that;

“I am urging the people, begging the federal government to assist in bringing this girl back, let her, too, be released because this is a nation and everybody has his/her own religion. All of those who were released are all Muslims; she is the only Christian and that was  why they did not release her,” he said. 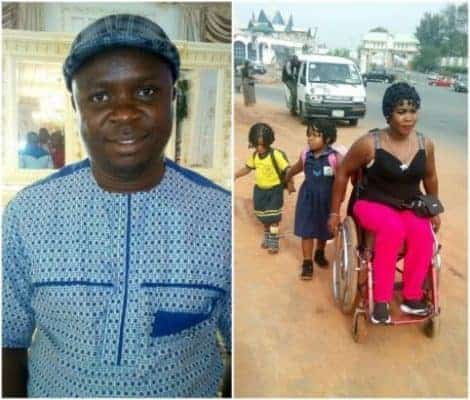 A Nigerian man and Facebook user, Ukachukwu Igboamusi, has taken to the platform to narrate his encounter with a physically challenged mother of three who was taking her kids to school in Owerri, Imo State.

According to him, it is a big stress for the physically challenged woman to take her little children to school everyday and bring them back because of her condition....

Nigerian man narrates his encounter with a physically challenged mother of 3
Sad! See how ritualist plucked out the eyes of 7-year-old boy in Borno state (photos)
To Top