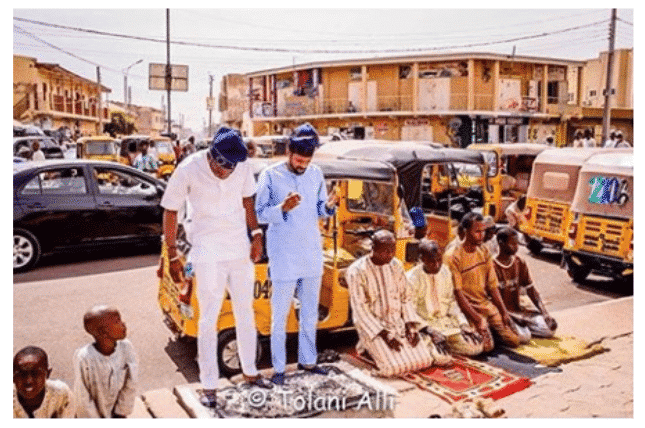 See what Idris Ajimobi did few days after his wedding.

Below is a viral picture showing Idris Ajimobi praying by the roadside with other Muslims. He is the son of the governor of Oyo state, Abiola Ajimobi who got married last week to Fatima Ganduje, daughter of governor Abdullahi Ganduje of Kano state. There were lots of controversies concerning which saw the presence of president Muhammadu Buhari, Bola Ahmed Tinubu and 22 state governors. The politicians and office holders seen at the wedding were lambasted by the public for having the nerve to attend the occassion just few days after 105 schoolgirls were kidnapped in Dapchi, Yobe state.

Pictures from the wedding showing the new couple holding each other also generated criticisms from different quarters.  According to Daily Nigerian, former governor of Kano state, Rabiu Kwankwaso described the duo as ‘zawarawa’ which means ‘non-virtuous’ couple. This he did while addressing his supporters in Kaduna on Saturday.

“This shows a sharp departure from the Kwankwasiyya ideology in Kano State. Today, Kano was at a standstill because of this marriage.

“We also heard a lot of people from other places that are less busy have abandoned their duties to attend the wedding. I also heard this event involving a single couple has made lot of people doing their legitimate businesses remain indoors.

“All these show difference between honesty and dishonesty, between light and darkness, between mass wedding of a thousand couple and that of a single couple,” he said.

Everybody participating in the prayer should wear a nose mask, Muslims told as mosques reopen in Ekiti 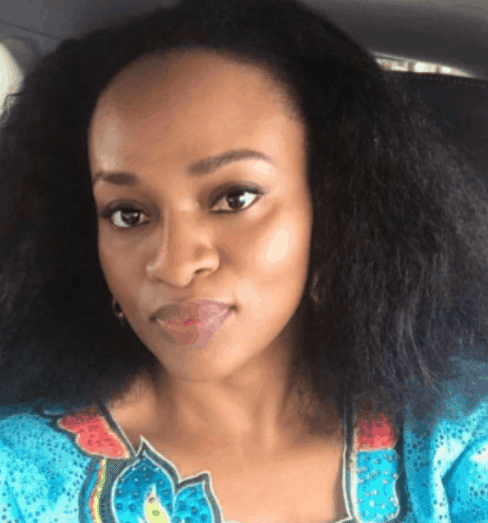 Below is a post by Amara blessing Nwosu concerning sexual thoughts and religion.

When has sexual thought become a sin? If you like, deny it; if you...