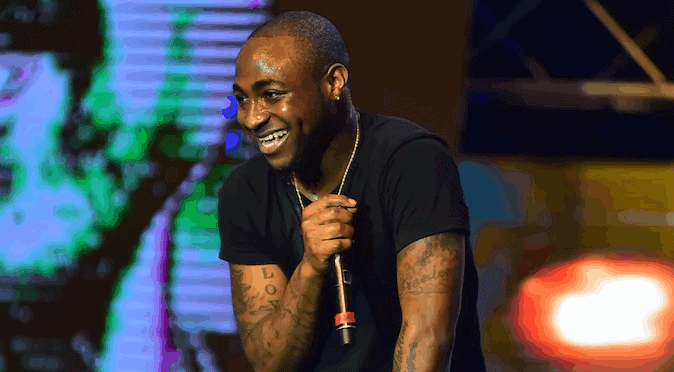 The Lagos State Government has begun moves to tackle high-profile tax defaulters in the state and ensure high level of compliance with its tax laws.

As part of this initiative, the state government has moved against some celebrities in the state, who are alleged to be tax evaders despite their earnings from their business.

A court paper, sighted by SUNDAY PUNCH on Saturday, indicated that the state government had dragged sensational singer, David Adedeji Adeleke, popularly known as Davido, before the court for alleged tax evasion.

Also, a reliable source in government told SUNDAY PUNCH that the state had equally moved against popular comedian, Ayo Makun, better known as AY, for allegedly failing to pay tax.

Davido, the Chief Executive Officer of HKN Music, Lagos, has been charged before a Lagos High Court in July 2017 and risk a jail term if convicted.

AY has had a longer history in court against the state as he was charged to court in 2016 for failing to file his tax returns as required by law.

“Notable among these alleged tax offenders are two of Nigeria’s celebrated artistes –Davido and AY, the comedian. Both artistes have had a long standing battle with the Lagos Internal Revenue Service for tax evasion.

“Davido, who has record deals with Sony Music Entertainment and endorsement agreements with various companies in Nigeria, has not filed his tax returns or remit any taxes to the Lagos State Government,” the source said.

A reliable government source told SUNDAY PUNCH on Saturday that Davido had defended his action, claiming that he paid taxes to Osun State since he is an indigene of the state.

The source added, “Remember that Davido said he made N500m from his N30bn concert recently. We must know how much he paid to the LIRS.

“AY too said the same thing. The comedian claimed to be paying his taxes to Ondo State, where he hails from. It seems these celebrities don’t understand that the tax law stipulates that you must pay your tax to your state of residence.

READ
Justice for Uwa: Much ado about the UNIBEN undergraduate raped and murdered inside RCCG church

“Anyway, we are already in court. Others will soon appear in court if they don’t obey the state tax law. You can’t be making money in Lagos and refuse to pay tax.”

Speaking with SUNDAY PUNCH on Saturday, AY said he was not aware of the suit, asking to be given some time to confirm if his office was in receipt of the court papers on the said suit.

The Manager of Davido, Asa Asika, who asked to be sent a text message concerning the singer’s suit with the state government on alleged tax evasion, had yet to respond to the text as of the time of filing this report.

This is Why Wizkid missed Soundcity MVP Awards 2017
Pastor E.A Adeboye has a new message for the Nigerian government
To Top