Synopsis: Obadare, a Yoruba prince and Stella, a young lady from a distinguished Igbo family are a couple whose relationship is threatened by tribal prejudice and parental plans for each’s life. When the couple secretly weds against their parents’ wishes, the consequence shakes the very foundation and sustenance of both families. (Written by Genesis Cinemas)

Verdict: Powerful! Riveting. Captivating. Authentic. A bonafide “must watch”, ‘The Bridge’ is a triumph for sure. It excels with beautiful story telling, superb acting, top of the line production, plus a delicious soundtrack we couldn’t get enough of. A true Nollywood masterpiece- ‘The Bridge’ is a movie you have to see.

Only twenty minutes in and you already can feel the tremors of the coming quake. Like a beast of showmanship; it shivers and crashes. It howls and growls. Your heart thumping and expectant- You think you can see it coming, but you can’t. And when it does erupt, it breaks through the hall like butchering thunder, ripping hearts apart with brute force. Here is a movie you won’t soon forget.

We fought hard to hold back tears. We failed. Yet, we weren’t brought to tears by sadness, but by the rare symphony of gripping acting performances and head swirling story telling. It was all round excellence on ‘The Bridge’, so we say again; You have to see this!

PS: Somewhere in the last scene, look out for where Nollywood goes Bollywood. When you see it, you will know it. It was funny as hell. But fortunately, it didn’t dampen the experience. 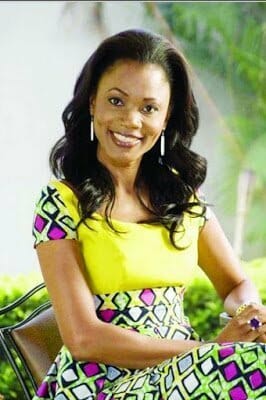 Funmi Iyanda, a Nigerian talk show host, broadcaster, journalist, and blogger has revealed her struggle with her self esteem and how she thought herself unattractive while growing up. “I look at this picture in wonder because l...