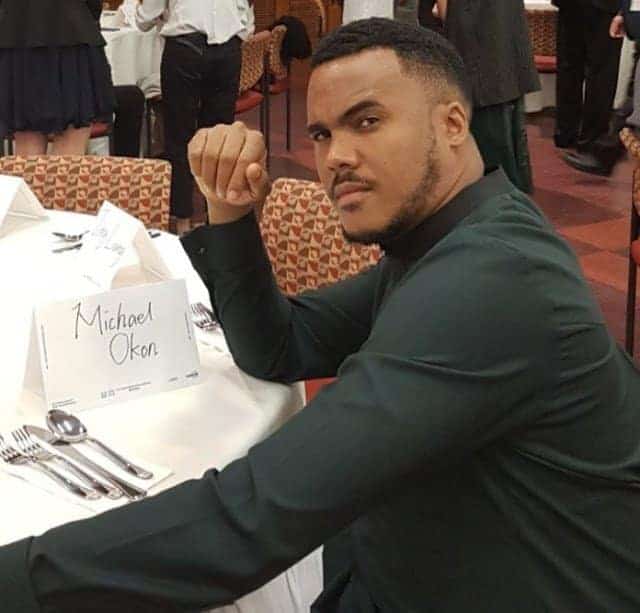 Blogger Stella Dimoko Korku, has revealed more secrets about Michael
Okon. Recall the actor slammed her with a N500m lawsuit for defamation.


“@mikijay_okon Michael Okon alleged Nollywood actor you took my friends
credit cards and stole her money after everything she did for you? You
were taken to America for a movie premiere but eloped with a sugar mummy
instead. You are a shameless piece of shit and Karma has your number.
May your dead career never resurrect and May that your colorless preek
that you use to deceive your victims put you in hot soup. Fraudster.
Watch out for karma as you decide to stay on in America with the money
you stole. You will be served Cold!!! Bloody crazy thief” she wrote.

And then Michael  reacted and slammed Stella with a defamation suit.

Stella, has replied and it’s not in the least nice.

Read her response below;

“Nollywood actor Michael Okon you ran to a lawyer and then spread it
on the net. Did you tell your Lawyer the truth about what you did? The
reason I am calling you out here is because this is a personal callout
and the reason I didn’t take it to my Blog. You want an apology within
seven days and N500 million naira because I called you out for using the
credit card of someone whom did not authorize you to?

Did you
apologize to the married man whose wife has a seven year old daughter
for you and who divorced his wife because you got her pregnant? Whom you
dated for two years?Were you sued for that Papa Mitchell?have you
apologized to the daughter who has never seen you and whose mum you
stopped communication with when kassala burst?you can add this call out
to the lawsuit. Make it one billion. You will not get the apology. Stop
scamming women in the name of Love! I await your next
[email protected]_okon”