For the Newbies, the KFB movie review is an every Friday column that gives you a cinema guide on which movies toCinemaPointer.com
Synopsis: A
wealthy Nigerian accidentally proposes to his British girlfriend and
has to deal with objections from both families and the hilarious
cross-cultural consequences.

Verdict: ‘The Wedding Party 2’ screams spotless quality!
Stellar production makes it most definitely one of the best produced
movies we have ever seen come out of Nollywood. Bravo! Unfortunately
however, that’s as far as the Magic goes. ‘The Wedding Party 2’ is
Superb quality for an average offering as “2” fails to live up to the
majestic legacy of “1”.

Netflix Movie Review: Why you shouldn't watch Fix Us

Sad? Thankfully not! ‘The Wedding Party 2’ isn’t anywhere near bad. Yes,
lightning does strike twice, but unlike the first, this Wedding Party
comes lacking the breath of fire! Like a silent display of fireworks,
it’s all splashes of colour, absent any memorable vibrations- Beautiful
to watch, but no explosions.

Consequently when it ends, you won’t leave feeling elevated. But you
won’t leave feeling dejected either. Seeing the credits start rolling,
you will be like- “What? That’s all?” Leaving you with an after taste
of- “Not half as good as I expected. But well, they tried sha.” And
indeed, they really did try.

But the original ‘Wedding Party’ was just too good to be beaten. Where
that one was a Masterpiece, this one is a wannabe. Truthfully, they
tried really hard to impress. Maybe even a little too much; causing it
to feel forceful and obvious. When it ought to have been soft and
silky.  It’s “Fun”, but not “Hilarious!” You will enjoy it. But you
won’t fall in love with it.

Definitely recommended. But there’s no need to rush. This Wedding Party is not that hot.

PS: Look out for three encores hidden in the credit roll. 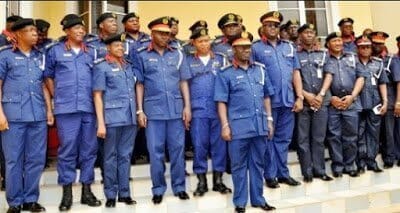 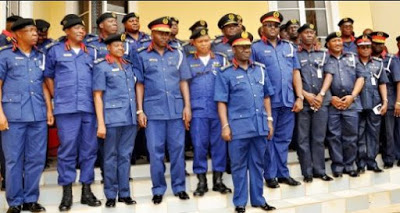 Two clergymen have been arrested in Akure, the Ondo State capital,
for sexually assaulting their church members and defrauding them using
diabolical and fetish means.


The arrest of the two clergymen was effected by officials of...