For the Newbies, the KFB movie review is an every Friday column that gives you a cinema guide on which movies to

Synopsis: A
divorced couple who decide to share equal space in their ex-matrimonial
home soon realize that the ingenious idea is easier said than done.
Bent on flexing their egos and scoring points, the two implore various
hilarious tactics that soon inflames emotions and turns an already
complicated situation into a roller coaster ride.

Verdict: Pretty. Exciting. Entertaining. And devastatingly
beautiful. ‘Potato Potahto’ held so much promise as foretold by its
hype, but somehow turned out to be the perfect definition of “almost
spectacular”. Because it misses the mark of “Spectacular!” by the skin
of its teeth. Yet indeed it was meant to be, and could have been truly
spectacular. It had all the makings of “Spectacular!”

It tells an original story in an exceptional way, almost. It boasts very
well thought out dialogue that works perfectly well with its brand of
feel-good comedy, making the it all feel like sugar dissolved in hot
milk. Plus it exhibits some truly awesome acting performances, with all
the actors bringing their A-game to bear. And added to all that is
amazing production that makes ‘Potato Potahto’ come out shining so
pristinely, it is a true shame we are unable to describe it as a true
spectacle.

The problem with ‘Potato Potahto’ is one that has become all too
familiar with Nollywood at the cinemas- Being unwisely stretched and
unnecessarily drawn out, they betray an inability to hold their
audiences captive for the duration. And ‘Potato Potahto’ is a painful
testimony to this. Though it starts out veritably exciting and sizzling
hot, leaving us bubbly; thinking- “Goodness gracious! We’ve got another
‘Isoken’ on our hands”.

Unfortunately, without warning ‘Potato Potahto’ nose-dives away from the
excitement it started with, into a middle that is an obvious gash of
strange boredom and “de-excitement” which will prove to be suicidal in
terms of how its audience will remember it and tell of it. Consequently,
in the end all those we spoke to afterwards referenced its ominous dip
in some form or other, whilst concluding unanimously that- “It was just
there.”

However, because ‘Potato Potahto’ is just too beautiful to be missed, we
refuse to agree with them.  So, while we do agree that a big chunk of
its middle does get stale and boring, it is our opinion that ‘Potato
Potahto’ is not “just there”. It is a unique and beautiful offering that
abounds with more than enough enjoyment to make it worth paying for.

Boldly recommended. Go for it! 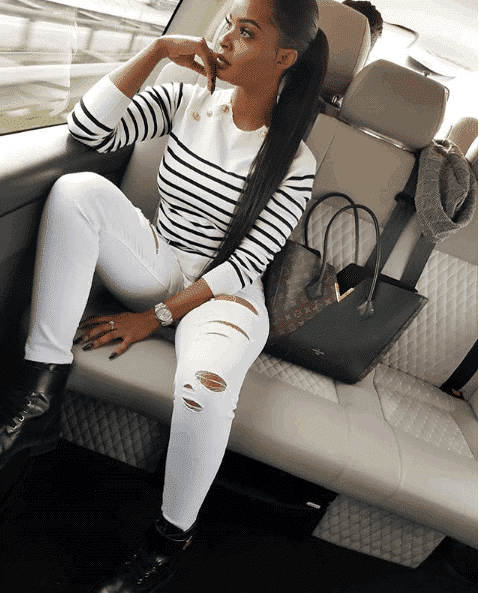 There have been rumours Togolese football star and Big Brother 2013
winner, Dillish Mattews are in a relationship. However, nothing has been
confirmed until now. Namibian star, Dillish...