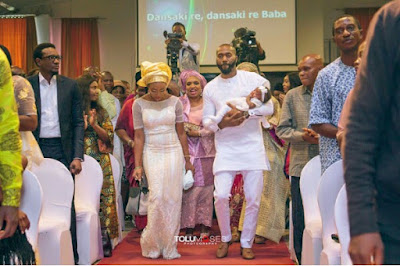 Yesterday, we brought you photos from a child dedication that was celebrated in grand style here.
Lawyer and former Big Brother Africa housemate, Geraldine Iheme who got married to her husband, Otas Bazuaye, in May 2016, have dedicated their daughter in church. They welcomed their baby in June.  See beautiful photos from the baby’s dedication below….
Geraldine is an author and has written two books Disfigured Emotions and Buried in Bleeding Tears. She is also a lawyer.
The Ex-Big Brother Africa (BBA) Geraldine Iheme and her beau Otas Bazuaye’s traditional wedding was held on Saturday, May 14, 2016 in Nkwerre, Imo state.

She has lost both parents thus her emotion laden Igbankwu. Her husband, Bazuaye is from Edo state so their wedding is a blend of two traditional cultures.

Iheme participated in BBA 4 also known as Big Brother Africa: The Revolution. She was the Nigerian lady on that season of the popular show that also featured another Nigerian KevinChuwang Pam. Pam is now married to Elizabeth from Tanzania who he met in the house and they are blessed with two kids. 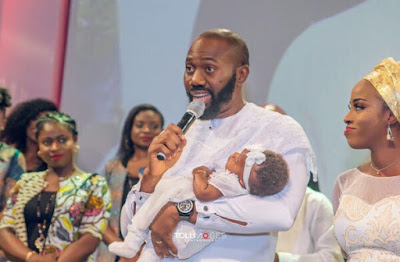 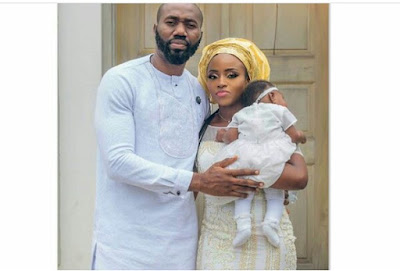 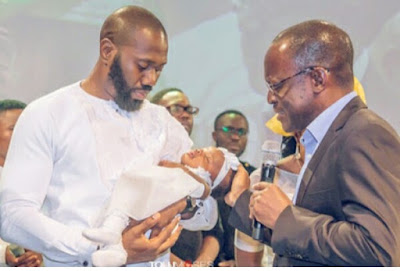