All my life I have never had a first hand experience of public harassment like today.

As
part of our normal routine in the office and the scheme at large, we
left for facilities inspection at Aba, and off Aba along port Harcourt
road.

After we were done and coming back, we got to enyimba
Junction/bakassi,coman see ipob boys terrorizing people, everyone
running for their lives. We kept on moving but slowly and noticed that
the road was kinda dry. Before we knew it ipob boys rushed out from
nowhere and attacked our hilux, they where more than 15, carrying
different weapons, one of them used shovel and hit the hilux hard,
before I could blink my eyes they opened the door and started dragging
us out, I heard my oga chorused , NO please, we are BIAFRANS ” I joined
them o, and was shouting, biafra, biafra.. This boys weren’t even
listening, one used a heavy big stone and was hitting my oga,others were
removing the car Cover seat that’s made of Nigeria color /coat of arm.
That we are not biafra, that’s why we had that on, that were is our
flag or means of identification…. I didn’t know what to do, they
dragged me outta the car, I came down didn’t know what to do, I thought
of hiding under the hilux but no way because they were just everywhere. I
was just praying my last prayer just incase they decide to kill us.
Ever seen or witnessed any case of jungle justice? Now, that’s exactly
the scene today.

Lockdown: You won't believe what Wike did at the boundary between Rivers and Abia...| Photo

The other part of the road was another set of
ipob boys damaging a truck full of goods, and another dangote truck
full of cement on fire already.
All this I witnessed/saw within 20mins…

Finally I heard oya enter your motor and run for your life.
We sped off.
It
was just I, the coordinator, and the driver. I started asking the
driver why they allowed us go, our driver said he gave them 500naira
that’s why they said we should go.

On our way still driving
carefully, because they are everywhere, we saw soldiers in their convoy
coming down to calm the situation.

On entering umuahia, the
check points are tight, every living thing except the driver inside a
bus, car, keke must come down and raise his/her two hands up to be sure
the person isn’t with any weapon.
Oh well… �

Until there’s a
legal/defined way to go about this biafra thingy, there will never be
peace. If you haven’t experienced this ipob boys and there madness you
will not understand , it’s not about writing epistle on Facebook in the
comfort of your home that they should give us biafra this and that. This
boys are terrorizing us, their people, the igbos per se.
Imagine if they had killed us or any of us. Just like that.
Most of this ipob boys are touts, and thieves, I almost forgot to say that they took our drivers phone too.
And returned it when he gave them the money.

This is too much really.

My heart is still heavy.

Find
attached the selfies I took before and after, u’ll notice the car seat
cover that was removed. I couldn’t take pictures of the other scenes
because I was scared.

I just Thank God we came out of this alive.

Former Most Beautiful Girl In Nigeria 2013 (Tourism) Powede Lawrence walked down the aisle on September 9 in Lagos and we brought you some first photos from the flamboyant wedding which had lots of celebrities in attendance (HERE).

Powede dancing with her mum

On Thursday, September 7, Powede and Ikenna aka Eniola and Nelly celebrated their
traditional union. It was a joyful meeting of Yoruba and Igbo cultures.

The groom wore an Agbada by Vodi Tailors while Powede started the day by
representing both cultures in a stunning green AsoOke look designed in
an Igbo-bridal inspired style with an off-shoulder blouse and skirt with
a double-wrapper effect. Such a creative look crafted by Tubo.

Later in the day, the couple both changed outfits with Ikenna in full
Igbo angel mode in a traditional Igbo wedding attire while Powede
displayed the...

All you should know about the new iphone x

Ten years after Apple launched its first iPhone, they have revealed the iPhone X.
It has no home button, scans your face to log you in and costs $999.

The
company unveiled the anniversary edition smartphone, alongside an
iPhone 8 and its bigger sibling, the iPhone 8 Plus, at a press event at
the brand new Apple Park campus in Cupertino on Tuesday. The company
also announced a new Apple Watch with a cellular connection, an Apple TV
that streams 4K video, and gave the public its first peek at the
circular Steve Jobs Theater.
The new iPhone X kills the home
button to make space...

Pete Edochie has a message for those linking him with IPOB 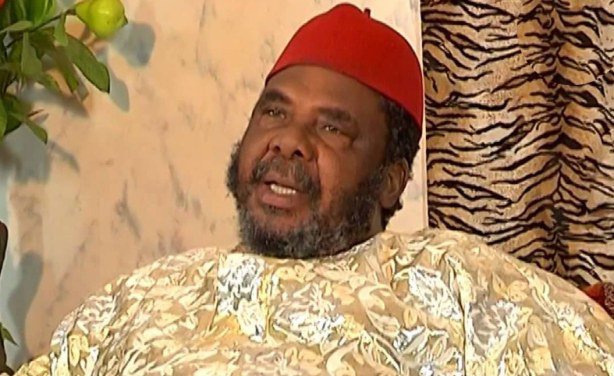 Veteran Nollywood actor, Pete Edochie has distanced himself from a
statement credited to him on call by the indigenous People of Biafra
(IPOB) to boycott elections in Anambra state.

He threatened to curse anybody or group that further uses his name for an inglorious purpose.

The broadcaster turned actor said his attention was drawn to a
publication on WhatsApp allegedly credited to him in respect of the call
by the pro-Biafran group to boycott elections in Anambra.

“A lot of nonsense has been ascribed to me in the past and I have maintained my peace. Now I am very angry”, he fumed.

Chief Edochie, who just returned from Port Harcourt, said he learnt
that the message originated from telephone number 08034072277.