Boxing Champion, Anthony Joshua has stated what his response will be for anyone who owns an iphone 8 and still asking him for favors.
According to him, if you own an iphone 8 and you come to him for help he would tell you ‘Gerry awtt of here, Ewure Oshi (Stupid Goat)’.

Anthony Joshua took to his snapchat account to warn any iphone 8 user who dares ask him for help. He wrote; If anybody ask me for a favour sporting the new iphone 8! worth 900pounds + i’ll say gerrrooouuuttt offf heayyyyy!! ewure oshi! Money for iphone when you cant pay your rent…pay for your car…pay for your insurance…priortise Word to Tolu Ogunmefun

Anthony Joshua warned, another bout with Andy Ruiz could end his career

By Tireni Adebayo
A female CEO has changed the color of her hair for an impressive reason. It's absolutely not what you think.
Silicon Valley CEO, Eileen Carey, says she dyes her blond hair brown to be taken more seriously in the tech world.
According to her, she made the decision, based on research, to change her perception so that it improved the likelihood of being taken more seriously as a leader, as opposed to maybe as a sexual object.
It stated with a friend’s advice to act proactively against the offensive stereotype of blond women as empty-headed or frivolous.
While running her company as a blonde in a male-dominated workforce, Carey said she feared her hair color made it less likely she would be taken seriously by potential investors.
...
Click to Continue Reading
News

The Leader of the Indigenous People of Biafra IPOB, Nnamdi Kanu, says he would not be attending a meeting with the South East governors earlier scheduled for Friday, September 15th.

Kanu and the governors met on August 30th where they discussed the crisis that has erupted since the group began its agitation for the creation of Biafra and how the agitation can be done peacefully.

In a statement released yesterday, Kanu said he would not be attending the meeting because he has it on good authority that some military men have been stationed in Enugu state to attack and kill him. Part of his statement reads
“In view of the concerted effort by the oppressive Nigerian state to shatter the peace and tranquillity of the South-East and the rest of Biafraland through military intimidation, it has become necessary for me to clarify why, regrettably, I may not be able to attend... 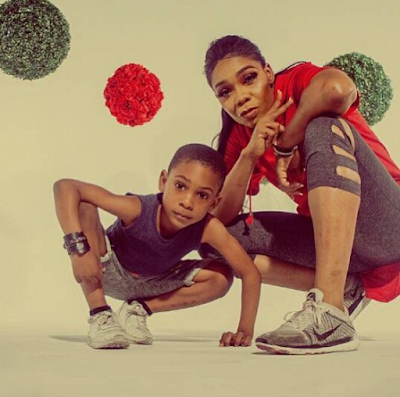 37-year-old Nigerian dance queen, Kaffy who celebrated her 5th wedding anniversary with her husband sometime in June has released photos of her and her son. See more below...
The award winning and record dancer shared beautiful photos of herself and her children from a recent montage shoot.