AIT presenter Lara Wise, is seriously angry with her mechanic as she
took to social media to let everyone know mechanics will not make
heaven.

Sharing her experience with one, she wrote:
He is not my mechanic. My mechanic of
over four years is far from my house. This guy is just a walking
distance away from my house. We see everyday as I drive out and in. We
got acquainted over the years having realized we share the same faith.
He is so passionate about God. I would sometimes stop by to gist. We
would talk politics, faith, and life in general. He fixed very minor
problems on the car ranging from replacing lose screws to greasing tight
knots. Minor stuff.

Two weeks ago he told me my
‘silencer’ was leaking and driving the car like that would cost me too
much fuel. He went under the car, told me it was completely condemned.
He brought it out, and, yes, it was. I had worked on it severally. We
had to buy a new one. He told me how much. We haggled. I paid. Left the
car with him. Hoped in a taxi to do my runs. He returned the car at
night. Following morning, I started the car, it sounded like an
aircraft. So noisy. I called him. He said he wasn’t coming to the shop
that day as he had an outside job. I left the car. Picked a cab. Did my
runs. I drove the car to him again the following day. Dropped it there
and went to work. I picked my car on my way back and as far as I was
concerned, it was okay. When I asked why the initial noise, he told me
some screws were not firmly tightened. He then said he realized that the
‘silencer’ he fixed on my car was too weak for my six-cylinder engine
so he had to get a higher grade which cost him three thousand naira
extra.
Ok.

On Saturday , I drove to my main mechanic to
discuss some pending issues and as soon as I drove in, he told me my
‘silencer’ was leaking. I shot him a terrible glance of ” you must be
out of your mind. My ‘silencer’ is brand new”. He got under the car and
screamed. “Madam, did you say this ‘silencer is new?” to which I replied
in the affirmative. He took pictures from underneath the car and showed
me on his phone. I felt my breakfast fighting its way up from my
stomach to my throat.
I called my ‘brother’ and handed the phone to my mechanic and he got a tongue lash from him for being so dubious.
My ‘brother’ then told me to bring it back on Monday since it was a Saturday and he had just been bereaved.
Monday morning.
I went to his shop and all I asked was for us to drive to where he
purchased my ‘silencer’. I was no longer the sweet madam he was used to.
I opened the passenger side door and insisted he must hop into the car.

Then his countenancechanged.
He went flat on the floor begging in the name of God.
I asked him to bring out the ‘silencer’.
Ladies and gentlemen, look at the pictures.
Old, worn-out ‘silencer’.
He confessed that he got an old ‘silencer’ and refurbished it for me.
He said he bought some iron sheets and wrapped the old ‘silencer’ from
inside.
He begged and begged.
I was hamstrung.
Conclusion.
I should give him till next weekend to get me what I paid for.
I was sad and I still am.
What we do to ourselves in terms of harm and wickedness is grave and so unimaginable.

Couple Who Have No Pictures Of Their Wedding Day, Have A Photoshoot, 60 Years Later, In São Paulo It was 1957 when they started writing this story. His grandfather made the yard, the aunt made the cake, the godmother sewed the dress. It was the day of the wedding of the Rosary and the Russian boy.

Thus, suppliers from the interior of São Paulo gathered to offer the couple a record to illustrate this chapter. A mini wedding prepared with the excellence and complicity of all those involved in HOPE to draw a rescue from the moment it all began and...

Gospel Singer, Buchi Narrates How A Little Child Saved Him From Abductors In The North

Nigerian Gospel singer, Buchi narrated how a little boy saved him from the Islamic militants in the Northern part of Nigeria.

“My Testimony.!. I
went to the Northern part of Nigeria, West Africa to minister as a
gospel artiste some years back. As I got off the stage after
ministration, there was this car waiting to take me to my hotel room
with my protocol and security personnel. I put my left leg into the car
and was about to lift my right leg but somebody...

This Nollywood actress’ birthday message to her husband has people talking 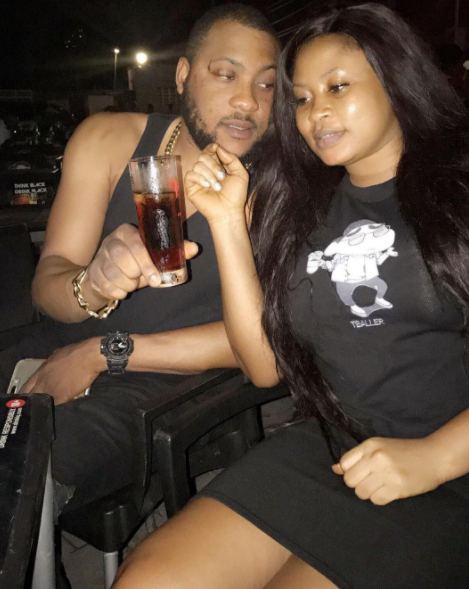 Nollywood actress, Joke Jigan took to Instagram to celebrate her
husband's birthday by gushing over their sex life.

However, many fans
criticized her for sharing such an intimate information with the
public.Sharing photos of them in bed, she wrote

Yes we fight, pride sets in sometimes, we won't talk for days! I hate
it when we do that anyways but the make up sex is always fire, I love it
when the "Baby am sorry and I love u" text comes in trust me , I can't
love u less honey HBD my king