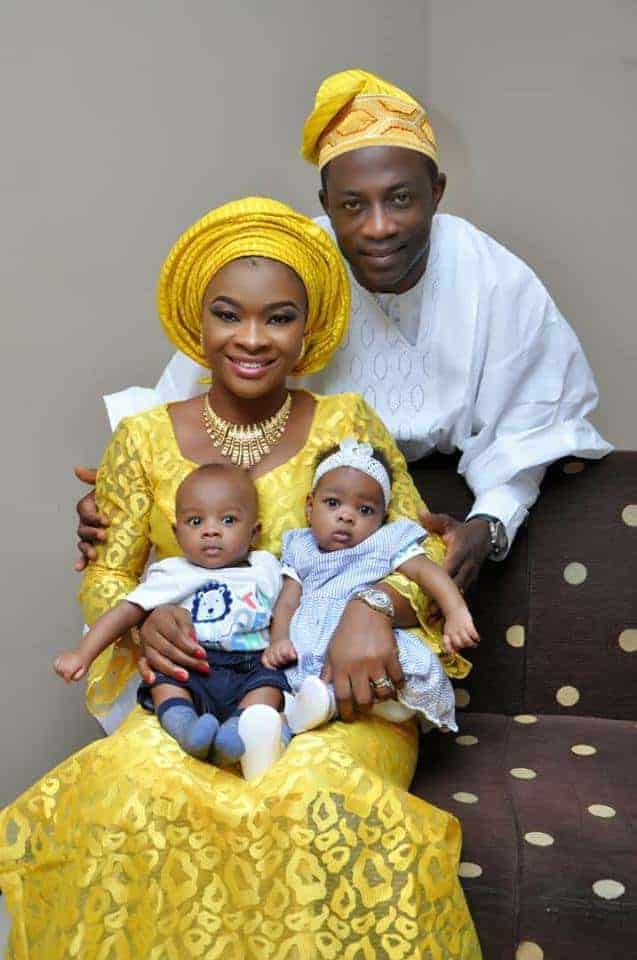 God is just so ah-mazing!

About a year ago, we featured newly weds, Sharon and Yinka Fisher on our True Love Story series, we were inspired with how they met, got engaged and married within six months.

They were Church members but they never saw each other until during a God ordained Bible study meeting and they got struck with cupid’s arrow (HERE).

“By dis time last year, we were just two (2) as husband and wife and it one year today and we are already four (4)…dis can only b God …Lord I thank u for d gud tinx u av done for mi in dis past one year….thank u Lord for my husband, my children, my marriage and tank u Lord for d future cus i know with God on our side it can only get better…we give u all d glory Lord ijn. ….and I pray Lord dat u answer d prayers of every one out dere who wishes for dis ijn….Amen……Hello friends pls celebrate with us it our one year Anniversary…..10th of September 2016 was d day and it already 10th of September 2017….Hallelujah”

Aww, congratulations to the Fishers!

See these photos of an elderly man prostrating before Edward Onoja, the Chief of Staff to Governor Yahaya Bello of Kogi State.

A youth leader who shared the photos revealed;

“Indi Amin of Kogi
state ! This man kissing ground before Kogi state Chief of staff to get
his name clear from the ghost workers list :