The fight between Paul Okoye and his brothers took a different dimension as Paul unfollowed Lola Omotayo, his twin brother Peter’s wife.. Here is what she wrote; hnnafrica#ProphetKOOAnother crystal ball prediction. One of these women is gonna leave her P-Square husband and become a P-Single mom.__EXPLORE #ProphetKOO my predictions that always come true. I’m not a prophetess. I just have strong #ESP.#HNNfamily #hnnmusic #hnnloveVideo credited to @hnnafrica Recall that she took to Instagram recently to thank American rapper, Drake for calling her son, Kay Jeezy, to wish him success in his exams. 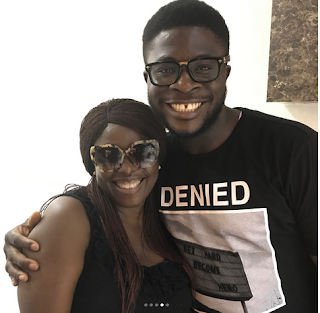 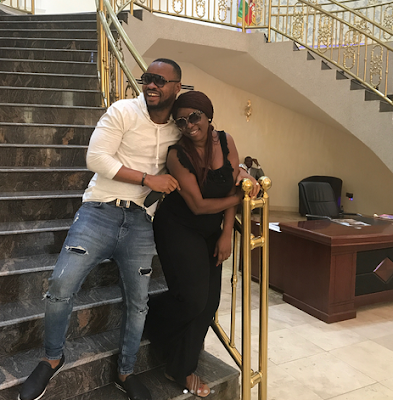 As we speak, Tonto Dikeh is hurting deeply after it turned out that
her viral interview with the so called Azuka was a ruse and a ploy to paint her black before the
world.

According to Tonto, the CEO of MediaRoom Azuka had lured her after plotting with her husband.

In an outburst, Tonto had called out Azuka on Instagram sharing some of their chats.

Interestingly,
the Azuka babe is not even saying anything, instead she is shutting
down her haters...

A social media user named Khunley Sirheed said that a lady named Kelechi Nwauwa Lazarus who was born a Twin has just Given Birth To Triplets.

According to multiple reports It was a moment of jubilation for the
lovely couple who recently welcomed their first babies a set of
triplets.

“Abeg help me Celebrate this God, He’s too Much. He don do am again o. #4rmEjima2mamaumuEjima.  #2boys and 1cute princess  Safe delivery is the answer. Mother ñ children Hale and healthy. #KelechiNwauwaLazarus

congratulation dear… God Is Great. I Tap And Claim It In Jesus Name Amen.♥ if I can have dis am blessed no worries. Kelechi Nwauwa Lazarus I tap in to your miracle.”

One half of P-Square, Peter Okoye and his beautiful wife, Lola
Omotayo, graced one of the 2015 issues Motherhood In-Style
Magazine with their cute kids; Cameron (6) and Aliona (2) and shared on
being parents, their relationship, speculations making the rounds, and
so much more.

Read excerpts from the interview:

Major milestones as a couple

Lola: As a mother, for me, having our children has
been a major. Finding somebody you love and wanting to have children
with that person, that was a major for me. I had been in relationships
but there was none I really wanted to have kids with or thought about
settling down with. When I met him I kind of knew. I saw in him
qualities I didn’t see in other men I’d dated,...