It was a tragic story that started much earlier, when, John Oyewo,
the 67-year-old resident of Manfile community in Upper Gaa Akanbi,
Ilorin in South Local Government Area of Kwara State, and formerly
married to one Yetunde, separated from her to marry another woman, by
name, Feyisayo, in 1992.

Between Yetunde and John, they had a
girl, Esther. Then 15, she would go to stay with her dad, and her new
wife, now her stepmother who was a businesswoman and was often away from
home. One thing led to another and in the course of the visits, an
illicit love affair started between father and daughter.
How it started
She recalled the genesis of the sordid affair.

“My
father came home one night. I was fast asleep when she woke me up and
asked if I had had my bath. I said no. Then he asked me to bathe with
him and I joined him innocently. While in the bathroom, he started
touching my sensitive parts. Irritated, I Initially I resisted him but
when I could no longer hold it I became aroused and responded to his
touching. We had it right there in the bathroom. Later, it became a
constant thing. I was afraid but because I had nowhere to go, I endured
it.”

The incestuous relationship resulted in Esther’s
first pregnancy. She later gave birth to a child who died shortly after
birth under mysterious circumstance. Still the shameful affair
continued. The innocent girl got pregnant for her dad the second time
and had another child who they christened Oreoluwa.
Reward of sacrilege
This
time around family and relations felt that they had had enough of this
nonsense and sent father and daughter packing from their midst by way of
communal ex-communication. That was how the duo left the family house
to settle in their present abode at Manfile area in Upper Gaa Akanbi.
But
while there, the second child who was hale and hearty and had started
walking about, suddenly took ill and died. As if that was not enough
ordeal, the father became afflicted with imbecility and left home never
to be seen again, till today. As you read this, only God knows where he
is. To compound it all, Esther, now 39, has been afflicted with a
strange illness the nature of which she would not want the public to
know. But a Non-Governmental Organisation (NGO) is assisting her, she
said.  In tears, she said to Saturday Sun: “I thought what I was doing
then was right not knowing I have committed a great crime that has
ruined my life.”
Another case of incest
In a
related development, one Isiaka Lamidi, 22, has accused his
half-sister, Nike Yusuf, 24, of luring him into an incestuous
relationship. Lamidi who hails from Afijo Local Government Area of Oyo
State, said he met his half-sister (the same mother but different
fathers) in Amoyo in Ifelodun Local Government Area of Ilorin, Kwara
State where he had gone to live with the Yusufs.
Overcome with infatuation, the two started an amorous relationship within three weeks of meeting each other.

“How
we started was unexplainable to me because I went to Nike’s room one
day when our parents were not around,” Isiaka recalled. “I saw a
supposed bottle of Coke in her room, took it and drank. Few hours later,
I slept off in my room. But the next thing I knew was I saw my
half-sister on me. At that time, I had no option than to submit to her
as she was the one who initiated the action.
After that, we did
not stop but continue doing it occasionally when our parents were out or
travelled to Oyo State. Why she did not get pregnant is what I don’t
know because she would say I should not fear that she had taken care of
that. We did this for close to four years till 2013.”

But
one day, they were not so lucky, however, as Mrs. Yusuf walked in on
them while they were at it. Thereafter, the couple took the decision to
separate the two siblings. While Nike was moved to Ibadan, Isiaka was
asked to look for accommodation elsewhere. “I decided to stay with a
friend in Ilorin. After  the forced separation for close to nine months,
I learnt she is somewhere in Ilero, Oke Ogun, Oyo State. I don’t have
any job now, apart from driving vehicles for other taxi drivers. But we
no longer have sex. Each of us now tried to piece together our lives
once again.”
Police react
Figures obtained
from Kwara State Ministry of Women Affairs shows that whereas 20 such
cases were reported in 2013, eight in 2014, 18 in 2015, 12 were recorded
in 2016 although Saadat Bibire, founder of Saab Foundation, an NGO,
believes the figures could be much higher. “There are several unreported
cases of incest because of the taboo and stigmatization attached to
it,” she said.
Okasanmi Ajayi, Police Public Relations Officer,
said the only time victims usually bring such case to the attention of
police is when it goes beyond family crisis. “Otherwise, they prefer
settling it in family way.”
Experts, clerics speak
Experts
reveal that indulging in incest can have disastrous psychological
effect on those involved. Stephen Oni, a psychologist, warns that,
“fathers of any incestuous relationship can have psychopathic
personalities” while “children born out of incest might start
experiencing emotional shutdown when they reach adulthood and this could
result in schizophrenia or multiple personality disorders.”
Imam
Abubakre Kamal, an Islamic cleric in Ilorin, recommends death sentence
for anybody who engages in it. “Any father who commits incest should be
killed,” he said. “If they are killed, it will serve as a warning to
others. In Saudi Arabia, for instance, if such crime is committed, it is
outright death.”

Manchester City on the brink after defeating Leicester city 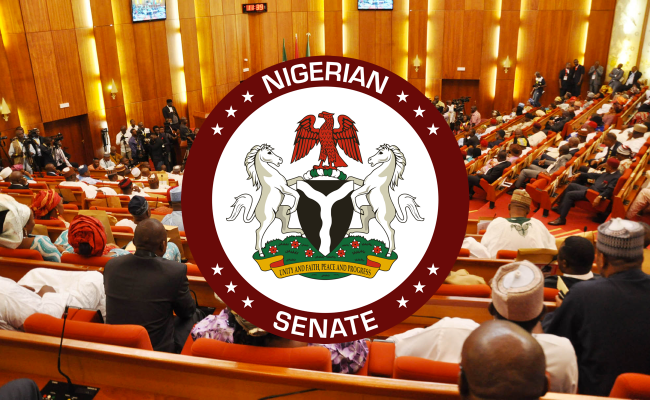 With the pay of senators in the country amounting to N29
million per month and totaled N3 billion per annum with allowances (as
Prof. Itsey Sagay revealed) and considering the current state of the
country, it seems ugly to the ear as to who made such arrangement.

It
can be boldly said that no worker in Nigeria enjoys such entitlement.
Aside the main salaries, senators are entitled to other benefits, such
as allowances, ranging from accommodation to as little as newspaper
allowance. This, in recent time, has generated a lot of heat from the
public, but these senators seem unshakable as no amendment has been made
on the statement of salaries and allowances earned by Nigeria’s
senators. encomium.ng sampled opinions of Nigerians on what their take