Kevin Hart’s wife has made her first public appearance following his public apology to her and his kids regarding a sexually explicit video of him and another woman.
Over the weekend,  a scandal involving Kevin Hart hit the internet. Recall that months back, he denied cheating on his pregnant wife after he was caught in a compromising situation with an upcoming singer.
Interestingly, the comedian and actor released a public apology on Sunday to his wife and kids. In it,  he revealed he had done something he isn’t proud of. He also said he decided top own up to his mistakes than be blackmailed with a multi-million dollar extortion demand.
Eniko Hart, 33, looked sombre as she made her way to an animal Hospital with their Doberman Pinscher, Roxy, in Los Angeles on Sunday. Worthy of mention is the fact that she had on her wedding ring.

She dressed casually in an army fatigue tracksuit, white t-shirt, and a pair of black sneakers. There was little to no makeup on her face.

Bride-to-be dies in her sleep in Benue (Photos)

By Tireni Adebayo
Is it not sad that those who should look after the welfare of the people are the ones even destroying them? A police officer, has reportedly killed three persons after being intoxicated by alcohol.
Inspector Samuel Imana, at area command in Warri, Delta state has been alleged to have shot three persons mistakenly yesterday, after he was said to be acting under the influence of alcohol at a child’s dedication.
According to Sapele Olofofo, two of the victims, one Elvis Kugbere and another man have been confirmed dead, while the last one is in coma at UBTH.

Bianca Ojukwu, the wife of late Biafra warlord, Chief Chukwuemeka Odumegwu Ojukwu, has said that there is no justification for the categorization of the Indigenous People of Biafra, IPOB, as a terrorist organization by the Nigerian army as well as its proscription by the south-east governors.

The Nigerian army, few days ago, termed IPOB as a terrorist organization after the group clashed with Nigerian military personnel in Abia. Nigerian army had launched an exercise termed Operation Python Dance II in the south-eastern states to tame kidnapping, violent agitations and to protect the territorial intergrity of Nigeria, the army had said.

Similarly, the south-east governor had equally proscribed the activities of IPOB in the region following army’s categorization of the group as a... 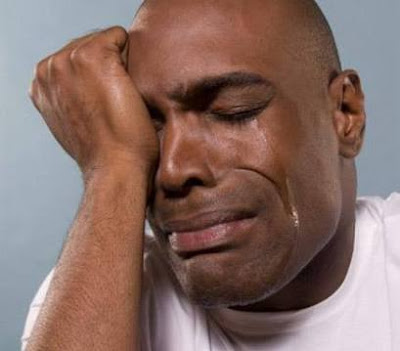 A Nigerian man has cried out on how his mother's pride is tearing his family apart! According to him, she doesn't regard her husband and disrespects him!

My mum is very beautiful, and successful yoruba woman but dosent regard her husband a bit,
Trouble got out hands when she got her first car and her husband who
is an engineer doesnt have one yet,she then became pompous and over
protective of the car that even those around; church and family knew
that popxy doesnt own the car. Mumc is an established fashion designer
and holds several positions in Nigerian Union ofTailors, as a result of
this she comes home very late not givin any excus. As time...