A fresh graduate of Anambra state University Nnamdi Ikemefuna who
established a NADIS Scholarship scheme aimed at empowering best students
in some Institutions has revealed that Nigeria’s popular philanthropist
Dr. Olakunle Churchill is his motivation towards the project.
He
disclosed this during his graduation ceremony speech as the immediate
past ‎President Of Nigeria Universities Science Students Association
recently and also posted on his facebook page.

Nnamdi popularly
known as Nadis said that he fell in love with the philanthropic
activities of Olakunle Churchill ‎and his passion for education across
the country with particular reference to the scholarships offered to
selected students of University of Abuja in 2015 and recently in Ondo
state. According to the former national science leader “ it gladdens
my heart to see and hear the good works of Big Church Foundation and his
interest in education, it was a great joy getting to meet him recently
and I must confess that Dr. Churchill was the motivation to the finding
of NADIS Scholarship scheme… thank you boss for the inspiration”

Over
100 students have benefited from the Scholarship scheme which is held
twice every year with the support of partners. The last programme was
held at Chukwuemeka Odumegwu Ojukwu University ( Anambra State
University) on the 4th Of May, 2017 with the preparation at advanced
stage for the hosting of November edition as academic screening‎
exercise across schools to begin soon.

The 23 Year old
philanthropist and Computer Science graduate from Anambra state is also
an embedded programmer and drone expert. The scholarship project has
always had the support of the late Odumegwu Ojukwu family and his team
are in talks with Imo State Government for a possible partnership for
the coming event.

According to one Okorie Uchenna on Facebook, a widow was left homeless after she lost her mud house to a fallen tree in Imo state!

In the photos he shared, she is seen weeping bitterly and crying for help! According to him, no life was lost!
He wrote;

It was a sad monday for the Abaziem family in Umuopara/Umuduru Nsu in
Ehime Mbano Local government, as their properties was destroyed by a
huge tree, while it was being cut...

I read the statement by the former Deputy Director of the Buhari
Presidential Campaign Council, Mallam Mohammed Lawal with great
amusement.

I find the allegation laughable. Why, you may ask?

Well, because it is silly for any ally of President to say Atiku
Abubakar plotted President Buhari's failure. Does anybody need to plot
the failure of a man who still calls Germany... 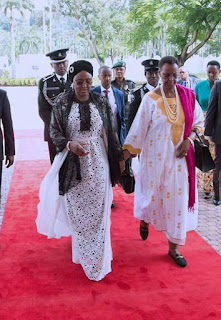 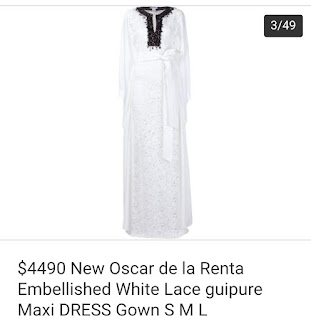 Wife of the President of the Federal Republic of Nigeria, Aisha Buhari wore this $4490 Oscar De
La Renta Magnolia Guipure Caftan dress when she received the First Lady
of the Republic of Uganda, Janet Museveni who paid her a courtesy visit
at the Presidential Villa on Friday 15th September.

Below are more photos.. And the price on Ebay! 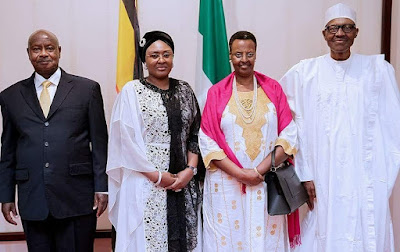