Former beauty queen, Anna Banner, not
only attained stardom when she won in the Most Beautiful Girl
competition in Nigeria some years back, but becoming singer, Flavour’s
baby mama added to her popularity.
And as much as she said she never used her pregnancy to ‘hook’ the singer, Anna, in an exclusive chat with Saturday Beats, also said she was still in love with Flavour, even if he has yet to marry her after having a child for him.
“I couldn’t have purposely got pregnant
because I wanted to hook a star. I was already a star too. I wasn’t
looking for fame; I was even running away from fame. But I got pregnant
for somebody I really loved. It wasn’t planned. It was my mistake but I
wouldn’t call my child a mistake. I was careless. But I thank God it
happened with a man who I loved and who didn’t turn his back on me.
“When you love someone, it is hard to
fall out. You cannot fall in love today and fall out of love tomorrow.
Love is strong. Before you tell somebody you love him, you have to be
sure. Flavour was the first man I fell in love with. I still love him as
the beautiful soul he has and as the father of my child. I don’t know
what the future holds but we are just taking things one step at a time.”
She got pregnant after she featured in
Flavour’s Golibe video but Anna said her relationship with the singer
had nothing to do with the video.
“Some people have got it twisted.  It
wasn’t because of the video that I had a child for him. We didn’t start
dating because of the video either. It just happened and it happened.”
And as Flavour has another baby mama,
Sandra Okagbue, and who he has yet to tie the knots with either, Anna
said she is not jealous of the other woman in his life.
“Why should I be jealous? We are all
humans but what will be will be. If you get jealous today, where will it
lead you to? All I want is for my child to be happy.”
Recalling how she felt when she found out she was pregnant, the young lady said she was devastated.
“I was demoralised. I was finished! I
was frustrated! My parents were disgusted at my sight. It was my cross,
so I had to carry it. I decided I was going to keep the baby even if I
wasn’t married. It turned out to be the best decision I have made. I am
not saying it is good to get pregnant at a young age and have a baby but
whatever choices you make, you need to know there are consequences and
you have to get ready to face the consequences. I was ready to face mine
and I will not advise anybody to get pregnant at a young age. But if
you get pregnant, abortion is not the next step.”
Probably because of her experience in life, Anna said she intends to set up a foundation in future.
“I am going to have a foundation and I
hope it turns out the way I want. It is about empowering young girls
just like me not to give up. A lot of young girls got pregnant at a
young age just like me and they gave up. I just want to encourage them
that this is not the end of the world; you can do so many things. It is
never late to go back to school. Age is just a number, your child will
grow up to love and appreciate you. Even if it is not school, learn how
to do something, empower yourself.”
Doctors are free to leave Nigeria, we have more than enough – Ngige

Singer Zaaki Azzay’s property was destroyed by the Markudi flood 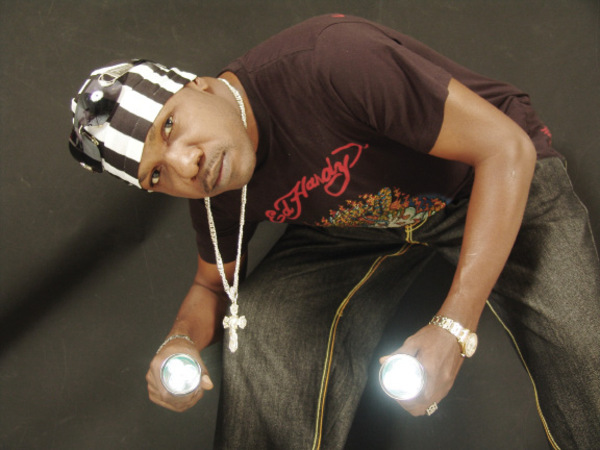 So many people have yet to get
over the harm and the loss they incurred with the recent flooding in
Makurdi, Benue State; singer, Zakki Azzay is one of them. The
torch-carrying musician said the recent disaster affected his property
in the state.
“I have a mini estate in
Makurdi. The flood chopped off the fence and affected one of the
buildings from the foundation.  I have been able to do a lot of work. It
is still in a dilapidated state even with all the work I have done.
“I don’t know how to describe
this but you need to see the...
Click to Continue Reading
To Top