A Facebook user and UNIPORT Student, Jerry Chikezie, has recounted his amazing survival story following a ghastly motor accident, as he shared photos of his recovery.

According to Jerry who suffered a second degree burn from the accident, some doctors gave him 48 hours; some 3 weeks. Here’s what he wrote;

“Viewer’s discretion is adviced. I’m sorry for the gory pictures, I just can’t express my gratitude to this God; the unchanging changer, everlasting redeemer, beginning n the end, the One whose word remains forever. I am a product of grace, a walking miracle, a highly favoured son.Do u want to know if God exists? Then take a look at me. Some doctors gave me 48hrs; some 3 weeks but what do they know? I survived a ghastly motor accident with 2nd degree burns; severe head injury; carbon inhalation; multiple fractures, i was bedridden for over 4 months, underwent 3 major surgeries within 8 months, was on crutches for over a year.Let’s not even talk about the humongous hospital bill and how it was paid. The devil brought out his full arsenal but here i am today telling my story myself. Sorry for the long epistle but i just couldn’t help it. Look at all he has done in my life, now telling me what you’re going through that you think is too big for my Jehova. I know the pictures are messy but if u feel the need to share this post please do. You dunno whose faith u might be strengthening. Never give up the fight (don’t give the devil the joy of conquest), keep on keeping on, God is still God, He never changes”

History Made In Nigeria: See First Female Signature To Appear On The Naira

how bride-to-be died after battle over N100 debt (Photo)

A Nigerian lady identified as Aminat Abdullah, was reportedly punched to death just 3 days to her wedding by her mother’s younger brother.

The younger brother of her mum, Hamisu, punched her over N100 he reportedly loaned her mother which she failed to refund as agreed.

It was gathered that the incident happened in Keffi area of Nassarrawa penultimate Wednesday, when a visibly upset Hamisu visited his sister’s residence to collect the debt. However after being rebuked by Aminat’s mother for storming her residence in the early hours of the day over a ’paltry’ N100 debt, he insulted his sister which made his niece Aminat run out to reprimand him, leading to a physical fight.

It was gathered that Hamisu who couldn’t bear his niece’s remarks, reportedly seized her...

Nollywood actress and alleged side chic, Rosy Meurer is known for always bringing her A-game! She shared stunning new photos on her Instagram page and wrote: 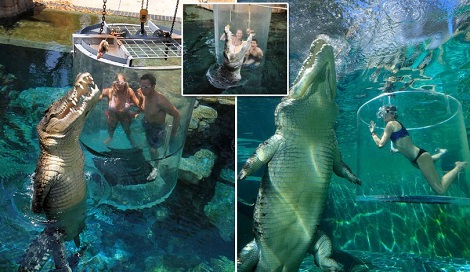 Crocosaurus Cove is renowned for its terrifying 'Cave of Death' where visitors can go diving with giant crocodiles. It's the only crocodile dive in Australia. See more photos below...
The tourists are kept protected from the beast's vicious jaws by a thin, clear 'cage' wall. 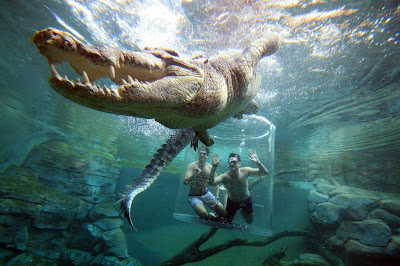 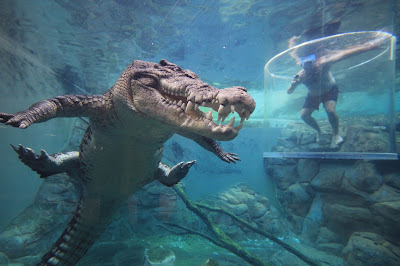 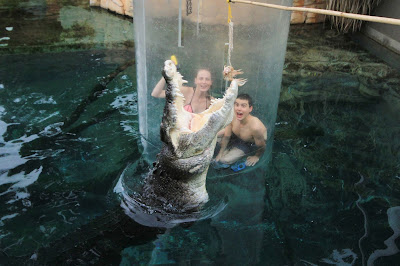 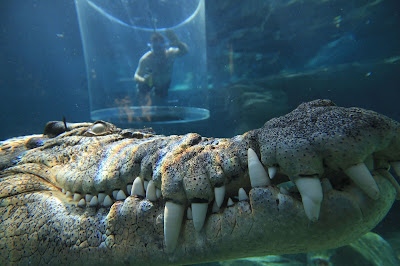 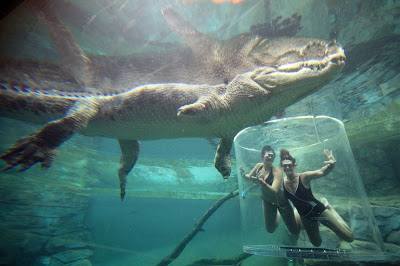 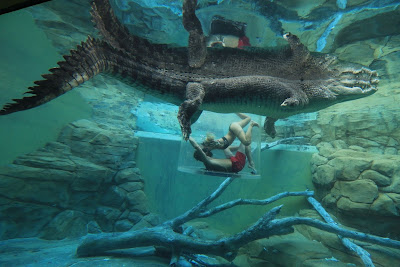 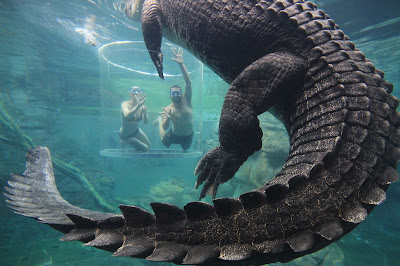 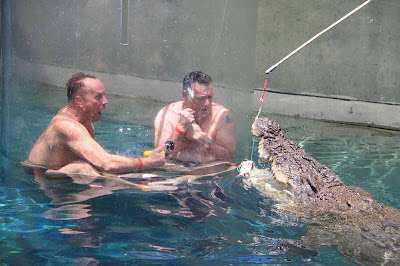