Popular Yoruba film actor and producer,
Yomi Fabiyi, owes his career to a food vendor. Almost 20 years ago,
when he was a young school leaver, unemployed and lived in the Shomolu
area of Lagos, his favourite food vendor had opened his eyes to film
acting. Fabiyi, recounting his encounter with
the vendor in an interview with PUNCH said, “This woman was
what I would call my foremost fan.

I used to patronise her small
bukateria in those days. One day, she told me that each time I came to
eat in her shop other people would like to come, too, just to listen to
me talk. Then she advised me to find any of the outfits that produce
films and join them.

“When I told her that it would be
difficult for me to become an actor, she promised to sponsor me. Before
then, a lot of people had tried to encourage me to join the movie
people, but I didn’t listen to them until this woman spoke to me. I had
to make up my mind.

“A relative of mine told me how I could
find and hook up with a film production company around Ebute-Metta. I
already had it in mind to approach two popular actors that were my
favourites. So I searched for them. Fortunately, one of them, who
happened to be Baba Suwe, accepted me.

That was how my journey into the world of movies started.”   The actor said that initially he doubted if he really possessed the qualities that could shape him into a movie star. In his eyes, movie stars were not ordinary people and they had special qualities that made them to stand out in a crowd.

Eventually, with close supervision and guidance from Baba Suwe, he learned the ropes in no time. But the going was not as smooth as he had expected.

Soon he found out that being apprenticed to a popular Yoruba movie actor had its fair share of challenges. “In my position, it was not enough to be humble, committed, trustworthy and a hundred per cent loyal to my boss; I realised that I had to make a lot of sacrifice, too. In order to earn the approval of my boss and to move forward, I
had to have these qualities. In addition, there must be proof that I had
talent,” he said.

'Give us another chance', Yomi Fabiyi begs God as he weeps for Nigeria

For an aspiring actor in those days,
Fabiyi noted, the path to success was often littered with obstacles and
there was nothing anyone could do about it. “I just had to endure. Some
days I had very little food or nothing to eat.

Sometimes, I had to
depend on the kindness of a Hausa shopkeeper who allowed me to buy
things on credit. And there were days when I slept outside because there
was so much work to do. I didn’t dare to complain to my boss about my
suffering. I didn’t have to bother him about food. He wasn’t my father,
after all.

He was doing me a favour because I came to learn about film
acting and production from him,” he said.

But my mum was quite worried when she
observed that I was coming home late some nights. One day, when she
asked me where I had been, I told her that I went in search of my
destiny,” he said.

Making a comparison between the older
generation of actors and the younger generation, Fabiyi said the former
had better training and more exposure than the latter. “To be honest,
many of us lack adequate training and exposure. This has significantly
affected the quality of many films produced in this country.

” The producer, who was caught up in a
controversy over his marriage to a British lady last year, is still
worried about the distance that exists between both of them. “We are still living apart. She insists that she will not settle in Nigeria,” he said. Contrary to general opinion, he denied
that they were divorced. “I have only initiated the idea of suing for a
divorce. I am still considering that option, though. The only problem is
that my wife has to be physically present in Nigeria to be served the
divorce papers. But she has refused to come,” he said.

62 people have been confirmed dead in Kogi State, after being struck
by an unknown ailment as confirmed by the State’s Commissioner for
Health, Dr Saka Audu.

It was gathered that the community which had most causalities of the strange illness that was initially thought to be Lassa fever,
as victims had symptoms similar to Lassa fever such as diarrhea,
abdominal pain, and vomiting was Okoloke in Yagba West Local Government
Area of the state.
Other affected communities include Okunran and
Isanlu-Esa – both villages in Yagba West LGA.  According to
Commissioner, the State Government ruled out Lassa Fever as the cause of
the deaths, as samples of the disease have already been taken for quick
identification of the illness to prevent more deaths. 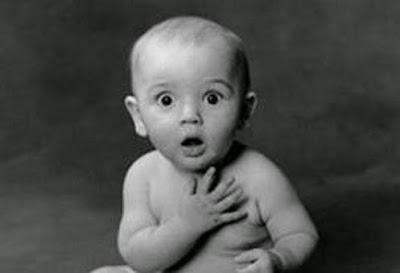 A woman whose husband died a few hours after they were
married has said she determined to marry her (now late) husband even
when she was aware that he had a short time to live.


Her then boyfriend had been diagnosed with an aggressive
cancer, she said; but the love she had for him compelled her to
encourage him to undergo a wedding ceremony, right on his death bed.

The tragic groom passed away hours after he got married
after battling cancer. The widow refused to go into any other
relationship.

Newlyweds have been sharing the worst surprises they got after their weddings in an online portal, Whisper, thread.

People said they found out huge secrets after saying ‘I do.’

One new wife found out her husband... 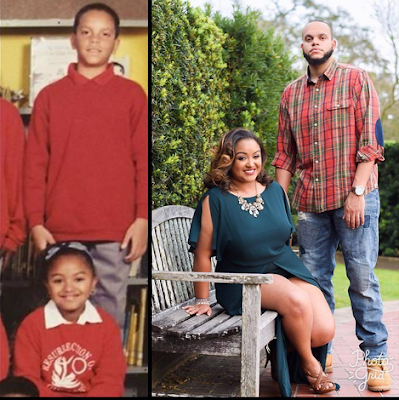 Kemi Filani Blog loves to celebrate beautiful love stories such as this!

Via photographers @southernamore
This
love story is one of the most beautiful I've ever heard. What if you
realized your future husband had your back before you ever even knew he
would be an option! ?
This couple will be saying "I DO" very soon, but they are living their very own fairy tale. .
.
After suffering devastating losses of both of their father's
unexpectedly, this couple found love in consoling each other in their
adult lives. Losing a parent unexpectedly is not something many can say
they understand, but for these two, their grief became their unity,