Nigerian Musician Adekunle Gold,
graced the cover of the latest issue of Vibe Magazine and disclosed
some really interesting things about his music, upbringing, and his
rumored love interest Simi.

Read the interview below;

On how he started out as a singer years back, Gold said:

‘My father would say religion is education’ he tells me, recounting the events that paved the way for music.
‘I joined the teens choir and it was very competitive. It was a thing to
just hold the mic and I would try to impress my choir mistress for a
chance then but she wasn’t having it. She’d say “you’re not there yet”
so I kept doing the most to impress this woman. I think I was in the
church for 11 years and it never happened.’

On his kind of music:

“My genre is a fusion of Highlife and Pop and Indie. My manager says
it’s Modern Highlife but I still say that it’s Urban Highlife.” Right
behind us is Niyi, a young lady full of warmth and natural hair who had
earlier introduced herself as his friend and manager. As accused by
Adekunle, she repeats herself with a stress. “Moderrrrn highlife…”.

On several attempts at breaking into the industry:

‘I went to so many auditions and I got so many NOs to the
point that I was like ‘I’m done; I’m not doing these reality shows
again. Let me focus on my own reality…See that line yeah?’ he pumps his
index finger, nodding and smiling at his poetic usage of the word
“reality”.

On photoshopping and how he became known:

‘It started out as fun, you know. One
Saturday morning, I was in my house and I saw one particular photo of
Tiwa Savage. I thought, I would love to take a picture with this lady,
‘cause I really love Tiwa Savage. Then I thought, you know, I can. So I
told my friend to take my picture. He thought I was crazy. And I did as
if I was holding her from behind and then I did the photoshop and people
really liked it. I was struggling for people to hear my music so I
thought, if I can be popular for this one, I might as well. It might
find its way to the people I really want to work with as a musician. I
went on to do pictures with Toolz and Tontoh Dikeh and it became a
sensation. They started saying King of Photoshop. So, when I released a
song, they didn’t take me seriously at first. This Photoshop guy, what
can he sing?’

‘I studied Art and Industrial Design at
Lagos State Polytechnic and I majored in graphics’ He says, explaining
how a twist of fate landed him a job as the official graphics designer
for YBNL.
‘I designed the YBNL logo. It was just a business relationship and I did
stuff for Olamide. Though I remember sending him something that I wrote
for him, but that was some balls because Olamide writes for himself but
I just thought maybe he would like this one. There was no music
relationship at all. Then I released Sade on my own then he said he
would like to have me on board. I took the deal, before my guy will
change his mind.’

On his personal life:

‘Girl. My life has been about girls.
Everything girl! It was 2004, I went to see a friend and she said they
were having a midweek service. I said, why not? Is it not to go and get
the girl? But then, I found Jesus. You get the greater God then you now
get the girl. Interesting story right?’

On Orente and writing the song for rumored lover Simi:

“I thought I said this already. I wrote Orente about
Simisola, it’s not even news again. But it’s for you as well “, he adds
with a cheeky laugh. 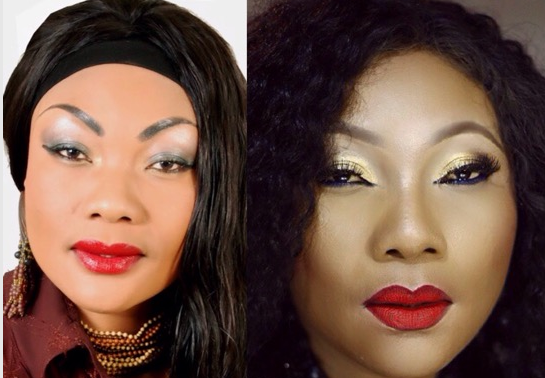 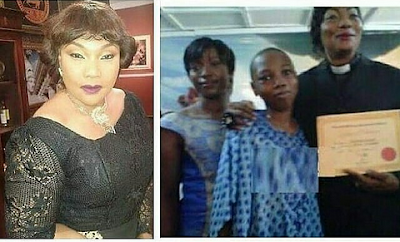 The sweet young man who has been with Sickle Cell Anemia from birth was said to have died early yesterday morning from complications associated with the disorder.

Raymond was born in 2002 by Eucharia and her former husband, Charles Egwu after their marriage in year 2000 and in 2007, Charles according to what Eucharia Anunobi told the press then, abandoned home, leaving her with their only child, while she was outside Lagos shooting.

Only recently, Raymond turned 15yrs old and being the only...

A brave burn survivor named Chinenye has taken to Instagram to recount her ordeal and also share lovely new photos.

"Unforgettable 17th Of June!!! I woke up
today remembering how my whole life flashed before my eyes, a thousand
things I would and wouldn’t have done swept through my mind in
milliseconds while my body roasted on, the fire was everywhere. I looked
at the cylinder and the burning waste bin beside it, I was horrified, I
thought it was going to explode, I defenitely thought that moment was
my last, … In my shock and fear I managed to unlock and run out from one
of the jammed doors, still terrified, I couldn’t understand...

Remi Surutu consoles actress, Eucharia Anunobi on the loss of her son 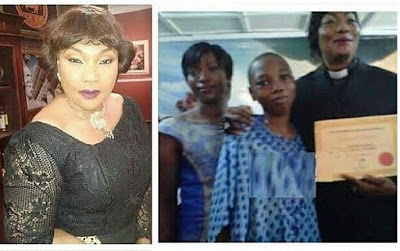 Nollywood actress, Remi Surutu who recently lost her daughter to Sickle cell anemia, has reached out to her fellow actress, Eucharia Anunobi on the loss of her son to same condition!

Remi shared the photos above on Instagram and wrote:

My thoughts and prayers are with you Eucharia Anunobi on the
demise of your Only Son, a sickle cell anaemia carrier, who left at a
tender age of 15.

Having realized that he was a warrior, I feel your pains. I can imagine the extent of your love and sacrifices for him.
__
Eucharia,
you gave him all the best a mother would have given an only child whom
she loved sooo much that she can do anything for him.