Taiwo Ibidapo (Tee Worship), a dynamic and radical worship minister,
born into a family of 6, hails from Ilesa, Osun State, Nigeria recently released a gospel track ‘Ajagunmafitibonse’.
His new released Song titled AjaGunMafitiBonse (The God that fights
without a Gun) came as a Sound from heaven,and it’s set to address
issues on the go. Produced by Greenwox (Abuja),mixed and mastered by
Kenzeal (Malayisia).

This Prophetic song reflects the Greatness of God
as a Mighty Man of War, Who has never lost any war before, just as He
did for the Israelites at the Red Sea (Exodus 14), also during the reign
of King Jeoshaphat, when they were faced by 3 cities , but later got
victory without a fight just by singing a loud Praise and Worship unto
our King (2Chronicles 20), and also to Paul and Silas when they were
thrown into the prison for preaching the Gospel (Acts 16:25). This is a
song to be sung to your battles and challenges, and you can be sure of
Great Victory.

AjagunmafitiBonse comes in 2 parts (Main and Reprise), you can’t just miss any part).

INEC to meet to decide on Rochas Okorocha's fate

Tee Worship is happily married to his beautiful wife, Oluwadara (a
Chartered Accountant), and they currently reside in Abuja, FCT. Nigeria.

Tee Worship is a proud member of RCCG, Region 10, where he currently
serves as a Worship leader in one of the zones, under FCT Province 11.

He is the President of Tee Worship Music Ministry, comprising of The Healing Stream Crew and The Flames (His Musicians).

Ondo State Police bans the use of fireworks during yuletide

A lady has gone viral online after she shared photos of a tattoo she got! She tattooed her boyfriend's face on her throat!

Is this relationship goals or nah??

"Happy 35th Wedding Anniversary to my Heaven-sent Wife, Faith Abiola Oyedepo.
It gets sweeter by the day!".

They got married in 1982 and have four children! Congratulations to them!

Nollywood actress, Sylvia Ukaatu gives interesting reason why babymamas are on the increase 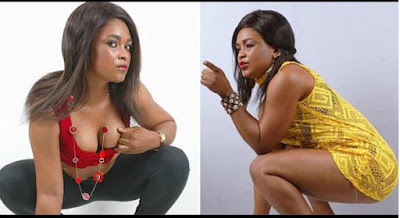 Actress Sylvia Ukaatu has accused men of dishonesty in
relationships, saying they hardly keep their promises. In a recent
interview, she said: "Why won’t there be more babymamas when men don’t
keep promises made to their girlfriends. .

At
the beginning of the relationship they promise heaven and earth, but
run off as soon as pregnancy comes in. So for me, the reason for the
rising number of babymamas in the country, is breach of contract on the
part of men. .
Most times the problem
is not from the female but from the male. You can imagine a guy telling
you how he wants you to be the mother to his kids just because they want
...