So yesterday, KFB shared a report that the marriage between, Ooni of Ife and Olori Wuraola has crashed! Well, more details have emerged about the 17 months old marriage.

According to LIB, A few weeks ago, the Ooni told his wife he was no longer interested in
the marriage and asked her to leave. The former Olori has relocated from
Osun state and now lives in Lagos.
So what led to the marriage break up? Here’s all we know and this is authoritative.
The Ooni married Olori Wuraola shortly after meeting her last year.
According to sources close to the estranged couple, after he ascended
the throne, a wife was needed asap and he was introduced to Wuraola who
at the time was with a Lebanese business man. But immediately the Ooni
indicated interest to marry her, she quickly dumped the Lebanese man and
went with the new Ooni.

“She was with this guy in February 2016, infact she had their photo
on her Whatsapp DP and just the following month, in March, she was
married to the Ooni. We were all surprised” a source close to the former
Olori told LIB exclusively
“The funny thing is; the Ooni was advised not to marry her. Former
president Obasanjo himself, who regards the Ooni highly, advised him to
marry someone else but the Ooni turned a deaf ear to his plea. She had
been married before to a former governor and a Lebanese man and so many
of his inner circle friends wanted another woman for him but he was
adamant” the source continued.
We gathered that the Olori still ran to the same Obasanjo for help
and advise when the Ooni threatened to marry another wife. Obasanjo
didn’t do much according to what we gathered.
According to another source, Olori Wuraola and the Ooni didn’t court
for long and didn’t really know themselves that well before getting
married. And she went into the marriage with high expectations from the
new Ooni but when those expectations were not met, she allegedly started
to act up.
“They have been having issues for many months now. But the Ooni
finally knew his marriage to Wuraola was nearing its end after they
returned from London in March. While there, he suspected the Olori was
not 100% loyal to him after he saw some text messages on her phone. I
wish I could go into details of what he saw. Before then, she had done
so many things, including traveling abroad to be by herself, and many
other things that the Ooni was bitter about” the source continued.

Sidechic nabbed while dumping her lover’s corpse in a bush

According to what we gathered, after the Olori staged the walk
against domestic violence in Lagos in July, the Ooni told a few friends
that his marriage to the Olori was over but it wasn’t until about two
weeks ago that he informed her family that he no longer wanted the
marraige and asked the Olori to leave.
LIB asked the source how they could have been having marital issues
as far back as March 2017 when the Ooni sent out a loving birthday shout
out to the Olori in April. The source laughed and said
“Everyone who knows the Ooni knows he would never write that kind of
message publicly. We know him. He himself was surprised to see the
message online on her birthday but didn’t react not to embarrass her.
The Olori wrote the message herself and posted it on his IG page. I can
assure you that message was not from the Ooni”
The message read
“Happy birthday to my beautiful wife, my queen. I pray on this day
you continue to increase in strength, grace and wisdom. I love you very
much”
When we asked the source if they thought the marriage could be save, he said no!
“It’s final. He’s done with the marriage but don’t be surprised if
there’s a media storm betweem them, especially from the Olori. She sent
him a long scathing text message threatening fire and brimstone and
called him unprintable names but the Ooni is not fazed. We expect him to
get a new wife soon”

By Tireni Adebayo
The Ogun State Police Command has
arrested a couple, Nasiru Adeyemo and Idayat Adeyemo, for allegedly
cutting off the finger of their daughter, Abibat, and abandoning her in a
bush.

PUNCH Metro learnt that the
suspects tied up the seven-year-old in a white sack to stop her from
escaping before disposing of her in the bush.

After about two days in the bush, some
residents were said to have noticed the sack and called the attention of
policemen from the Owode Egba division to it.

Upon the opening of the sack, Abibat was
said to...
Click to Continue Reading
News 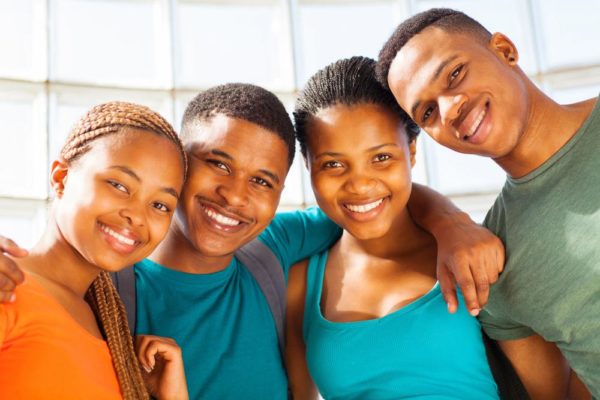 It
has been a few years since students in Nigerians had to deal with
long-term strikes; and just at the moment we thought the era of students
having to stay an extra 2 to 3 years in school due to unnecessary
strikes by championed by the Academic Staff Union of Universities (ASUU)
was over, they strike again.


It certainly felt like Deja Vu when the National President Of The Union, Dr. Biodun Ogunyemi,
announced this on Monday at a meeting of the National Executive Council
(NEC) of ASUU in Abuja that there would be an indefinite strike and
that during the strike, there will be no teaching, no examination and no
attendance of statutory meetings of any kind in any of the union’s
branches...