Nollywood actress, Toyin Abraham, better known as Toyin Aimakhu’s
film ‘Alakada Reloaded’ had a ground-breaking cinema debut at the
weekend as the hilarious comedy sold out in key cinemas across the
country.

The film grossed an unprecedented N25million in its first 3 days at the cinema, according to reports.

The excited actress took to her Instagram page to thank her fans for the success.

The film which began in cinemas nationwide on Friday, May 26, is in the current top five releases of 2017.

Other movies in this list include Okafor’s Law, which made
N90million, Omugwo, with N48million, Hire a man with N45million and
American Driver with N41million none of which beat Alakada’s opening
weekend.

Since the premiere of ‘Alakada Reloaded ‘ the actress’ close friends
and colleagues had been cited in major cinemas promoting the movie.

Read why these two prostitutes killed a customer in Ogun state 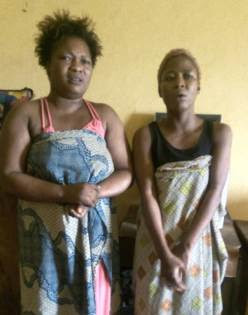 Two commercial sex workers have been arrested by Men of the Nigerian
Police Force, Ogun State for allegedly killing a customer identified as
Adeyinka Olayinka.

The incident occurred at KS Hotel, Ifo on Tuesday.

Read why these two prostitutes killed a customer in Ogun state
Mr and Mrs Sunday Oladimeji, Married for 41 Years share secret of their successful marriage
To Top