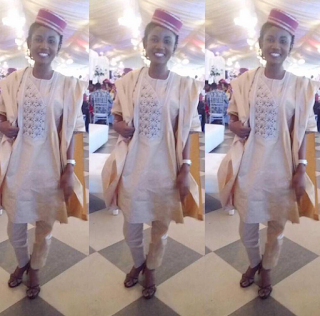 Her name is Lola Abdul and she posted this in respect of Nathaniel Bassey’s new song, Olowo gbogbo ro. 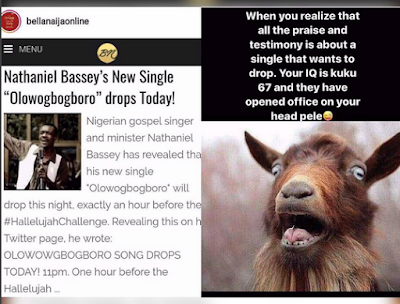 Totally saw this coming right from the beginning and I recall telling people its a huge promotion leading up to something… I tried so hard to explain that Nathaniel is building a big promotion platform, that social media is powerful tool and you just have to know how to exploit it….. Interestingly, I was not even judging or anything…. I was actually impressed by Nathaniel’s ability to own Instagram space and pull off such publicity with the Hallelujah challenge…. I believed he was about to find a way to sell gospel music and I was actually hoping he will succeed…. However, it’s always interesting to note that anything related to religion is not to be questioned or discussed on this side of the planet…. You are just supposed to take it and agree to it as it is presented to you without a single thought of your own no matter how intelligent or educated you are. In otherwords, when it is religious matter, you are to set your brain aside…. In fact, I was chastised by some of my people on the basis that it is wrong for me to see something about praising God and start thinking it relates to promotion or any money making venture for that matter…… I was even told the reason I raise queries about religious matter is because I don’t have faith…. The fact that I refused to lose my own sleep because of someone else’s money making venture even made it worse (yes, I refused all invitations to join the challenge)…. Meanwhile, here I was actually impressed that someone was about to find a way to sell gospel music….. Ah well, from those of us who question things that pique our interests whether it relates to religion or otherwise, congratulations Nathaniel, we hope you break bank with the number of downloads you will get from your new single; Olowogbogboro…. For those who are about to drop stupid comments, please don’t try it. Just waka pass.
For the record, I am a Christian and I was born into a Methodist family.
#MyPeopleSufferForLackOfKnowledge #FreeYourselfFromReligiousSlavery #FollowGod #LoveYourNeighbourAsYourself #JesusBaby #Read #Inquire #AskQuestions #Research #Study #FreeTheSheeple

You agree with her?

If your boyfriend is not a cultist, you are single - Nigerian Lady

Schools fresh warning from FG as they reopen

“She raised all our children by herself” Tinubu celebrates wife, Remi on 60th birthday (photos)