The Director-General, Brigadier General Sulaiman Kazaure, has given cash rewards to three Corps members for returning large sums of money found at the NYSC Permanent Orientation Camp in Benue State.
They are Eno Sunday Jesam (BN/17A/1536), Ezenwa Chidera (BN/17A/1718), and Timothy Deborah Elewechi (BN/17A/2233).Presenting them to the Director-General during his visit to the camp, the NYSC State Coordinator, Mrs. Eno AwakEssien, said Jesam found and returned N27,500 to the Camp Management while Chidera returned N17,000 and Elewechi, N10,750.In a quick reaction, Kazaure presented cash-filled envelopes to the trio as reward for their demonstration of honesty.He was full of praises for them, while urging other Corps members to emulate them.The Director-General said the gesture of the three Corps members had further strengthen his hope in Nigerian youth and the future of the country.“I am sure this country will change during your time; so keep up the tempo.“From what I have seen, we are surely going to have in you leaders that are corrupt-free,” Kazaure added.He enjoined the Corps members to be patriotic, and to always give their best wherever they found themselves.The Director-General cautioned them against engagement in cyber crimes, dealings in illicit drugs and other vices.Earlier, the NYSC State Coordinator Mrs. Eno AwakEssien, had said 2,241 Corps members were registered in the camp, and described them as disciplined.She also praised the team spirit among camp officials, saying it contributed to the successes recorded in the camp.AwakEssien appealed to the Director-General to approve the procurement of a 150 KVA power generator for the camp to help address the problem of epileptic supply from the national grid.

How President Buhari and wife, Aisha returned to Abuja after voting in Daura

The remains of the late actress will arrive in Nigeria from Canada on June 6 and she'll be buried in Lagos on June 7, 2017.
Photo below...

Adeniyi Johnson recounts how Seyi Edun stood by him during the turbulent times with ex wife, Toyin Abraham 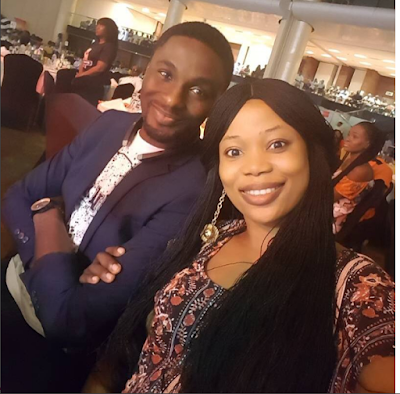 Moments ago, Toyin Abraham's ex-husband, Adeniyi Johnson, took to IG to gush over his new woman, Seyi Edun on her birthday.

Read his message below:

I've known this wonderful woman for a long time but we got closer in
2015 November, we became close as at the time I needed friends because
of what I was going through, friends deserted me even the ones I've
always stood for, my life was threatened and in danger but constantly
she tells me if they didn't create me they can't kill me, Feburary27th
2016, my birthday) u changed my mentality about friendship.. u went out
of your way to put smiles on my face, you were the 1st to call and say
words of prayer and GOD decided to honor...

Wife of the president, Hajiya Aisha Buhari has stated that the
president is bouncing back from his illness and will return to Nigeria
soon.

Hajiya Aisha, who is currently in London with the
President, gave the update on the President’s health in a message to the
23rd Annual Ramadan Lecture of Ansar-ud-deen Society of Nigeria (ADS)
held in Abuja.
According to The Nation, she was represented at the lecture by her Senior Special Assistant on Administration, Dr. Hajo Sani.

“My husband is recovering very fast. And very soon, he will return to the country to resume his official duties,” she said.
“I thank Nigerians for their prayers for my husband. Please, do not relent in your prayers.