For
the newbies, the every Sunday KFB Only God Could Have Done This series,
is an inspirational column that lets readers send in their testimonies
of how God has been faithful to restore and rekindle hope in others.

Read today’s testimony below as sent in by a KFBer:

For
the past few years now I have been struggling with an
health issue, a lump on my right breast. I initially didn’t think it was anything serious until i gained admission into school of nursing and while being taught in class some months later, I understood the complications.

I went for series of tests and it was discovered that I had a lump in both breasts and not just one, so I went in for a surgery in 2012. However, just a lump was removed while the other one wasn’t toch cos according to the Doctor, it wasn’t cancerous and that it will eventually sink.

The
following year (2013) I realized that the other lump was growing bigger, i was
left with no other option than to remove, so i went for another surgery.

In
2014 I discovered a new lump in my right breast, went for surgery
again.

Then in Jan 2015 I discovered 2 lumps in my right breast and some
months later another lump in my left breast, I decided to go spiritual. What’s the essence of undergoing surgery if the lumps will keep returning. I got born again and attended the redemption camp last year. I prayed about it but when i got home and checked i
was disappointed, but I didn’t stop praying and attending all the monthly first Friday vigils ans whenever Pastor Adeboye made any healing confession, I would key into it.

To the Glory of God the father,the son and the holy
spirit, i am now totally healed, the lumps have now finished even without having to undergo surgery.

Adeniyi Johnson recounts how Seyi Edun stood by him during the turbulent times with ex wife, Toyin Abraham 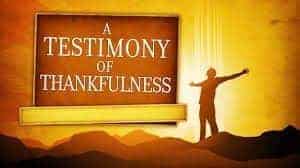 Only God could have done this! I began to feel serious pains in my right leg…

“Our Triplets Came 17 years After Wedding” – Dr. Dayo and Mrs. Kehinde Olagunju reveal how God and love sustained them through the ‘waiting’ period (photos)

Only God could have done this! He was unconscious for three days

#KFB Only God Could Have Done This! I almost died…

Only God could have done this! I saw myself on my bed with a goat beside me

Only God could have done this! The bus driver swallowed the key to punish us….

Only God could have done this! A lot of challenges came up before my wedding day…

Only God could have done this! When the pains started, she was not able to bend her body