The court on April 25 adjourned the matter for cross examination after
the testimony of the first prosecution witness, Victor Ehiabhi.

At the resumed hearing, the defence counsel, Abubakar Yusuf, who stood
in for Ahmed Raji, informed the court that the defence would not be able
to cross examine the witness due to Mr. Raji’s absence.

Mr. Yusuf said that Mr. Raji was currently receiving treatment abroad and the prosecution had been informed of the development.

The prosecuting counsel, Johnson Ojogbane, who did not oppose the
application for an adjournment, urged the court to make sure the defence
cross examined the witness on the next adjourned date.

After listening to both counsel, Justice John Tsoho adjourned the matter
until July 7 for the cross examination of the first prosecution witness
and continuation of trial.

The News Agency of Nigeria reports that Mr. Fani-Kayode was arraigned by
EFCC before Justice Tsoho, on a fresh five-count charge bordering on
money laundering.

The ex-aviation minister was accused of allegedly collecting N26 million
from the office of the former National Security Adviser, retired Col.
Sambo Dasuki, and using same for media campaign.

Mr. Fani-Kayode is also facing another 17-count charge of money laundering before the Lagos division of the court.

Abubakar, the 6th defendant, was allegedly involved in the abduction of
seven foreigners from a construction site in Bauchi, who were taken to
Sambisa Forest, in Borno, where they were murdered in February 2013.

They were arraigned on an 11-count bordering on abduction and murder of their victims.

At the resumed trial, the prosecuting counsel, Mr Shuaibu Labaran,
informed the court of the development, which was filed on June 5, saying
that the prosecution has nothing against the 6th defendant.

Labaran said that among other features in the amended information is the
“striking out’’ of Usman Abubakar as a defendant, in line with the
information filed on Feb. 23, 2017.

They are to be arraigned, bringing the number of defendants to eight.
Labaran prayed the court for an adjournment to enable him to produce the two new defendants for arraignment.

The discharged defendant’s counsel, Mr K. Abdulkarim urged the court to speed up his discharge processes.

The judge, Justice John Tsoho, in a short ruling, struck out the name of the 6th defendant, who has spent four years in custody.

The funds had been stashed in iron cabinets and “Ghana-must-go” bags in
the apartment before they were discovered and recovered on April 11,
2017 by the Economic and Financial Crimes Commission following
intelligence information.

The anti-graft agency had earlier on April 13, 2017 obtained an interim
court order temporarily forfeiting the funds to the Federal Government.

Justice Muslim Hassan, who granted the interim order, had given 14 days
for anyone interested in the funds to appear before him to show cause
why the money should not be permanently forfeited to the Federal
Government.

But on May 5, 2017 when the matter came up, no one came before the judge to claim the money.

However, a private legal practitioner, Mr. Olukoya Ogungbeje, appeared
before the judge, with an application, urging the judge to suspend the
final forfeiture proceedings pending when a three-man panel constituted
by President Muhammadu Buhari in relation to the funds would submit its
report.

INEC Fixes Date For Adeleke’s Replacement
The Independent National​ Electorial Commission (INEC) has fixed July 8
for Osun-West Senatorial District by-election to elect a new senator for
the constituency after the sudden death of Sen. Isiaka Adeleke.

In a notice by Administrative Secretary, INEC, Osun, Mr E.A Ademusire,
in Osogbo on Monday, conduct of parties’ primaries would commence on
Tuesday through June 14 while the election would hold on July 8.

The notice stated that bye-election was scheduled “consequent upon the
position of the enabling status that bye-elections to fill the declared
vacant seat by the National Assembly be conducted within 30 days upon
the declaration.

“Take note that by the directives of the Chairman, Independent National​
Electoral Commission’s by-election for Osun West Senatorial seat will
hold on Saturday, July 8, 2017.” 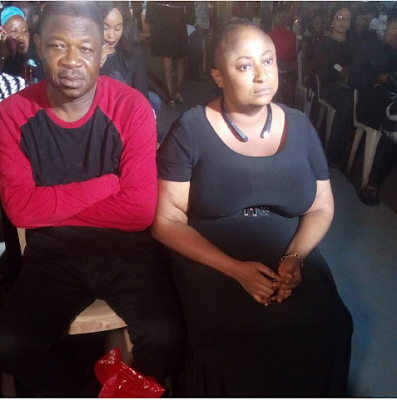 Here are some first photos from the ongoing service of songs for late Nollywood actress Moji Olaiya. Her remains is expected to arrive in the country today before her burial tomorrow morning at Ikoyi cemetery. 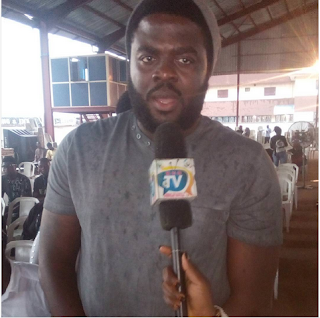 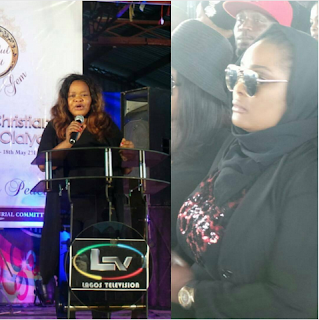 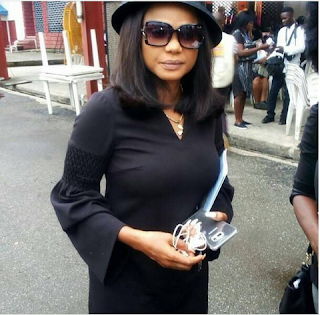 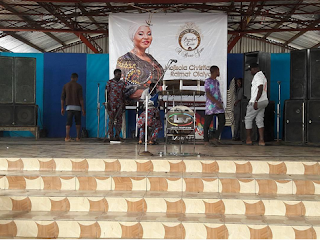 Controversial blogger/journalist Kemi Olunloyo who was released yesterday from a Port-Harcourt prison after she was held for 81 days over "criminal defamation" is set to become a political activist!
The daughter of Sir Victor Olunloyo, former governor of Oyo state allegedly held a press conference today (according to her Instagram post) Which reads:

“Effective today, I become a #politicalactivist. I will return to #Journalism after my defamation case is over. “FRN seized my travel passport as part of my bail conditions. It is tied
to my job,”Olunloyo also said she plans to testify before the Senate on
press freedom and prison reform.Continue
“For now, I’m...

The joys of parenthood can never be over-emphasized, especially when you have waited for a very long time. former NBA star, Chris Webber, just welcomed a set of twins with his wife Erika, after 8 years of trying.

After many years of trying and more
than a few heartbreaks we were blessed with these little ones. Thank you
@mrserikawebber.”