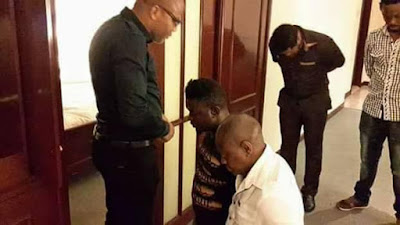 Biafran agitators now kneel and bow before their leader Nnamdi Kanu. The Embattled IPOB leader who was released from prison weeks ago after almost two years in captivity on bail has seem to gain more loyalty from his people.

Photos of people kneeling before him like a king has sparked outrage online with some questioning if that is the motive behind his agitation!
What do you think?

5 Nollywood actresses whose marriages crashed due to domestic violence