Embattled movie marketer and alleged fraudster, Seun Egbegbe has spent 100 days in prison according to reports.

The lanky showbiz promoter continues to wane in the general cell of
Ikoyi prisons where he has taken residence. Family and friends of
Egbegbe have not been able to secure his bail.

According to a source close to Egbegbe, friends and benefactors have abandoned him, leaving him to bear his cross alone;

“Now, the frequency of people visiting him in the prison has reduced
drastically. All his friends and followers have deserted him.

They are afraid of being implicated. It is only his heavily pregnant
girlfriend, Nikky Berry and his parents that visit him now.

They still prepare his food from home. Most of his girlfriends and those
he supports financially have deserted him. Nikky is the only girl left
with him now” the source said.

In addition, no one wants to stand as surety for Egbegbe due to the strict nature of the bail conditions.

According to the source:

”Things are not as expected at all. He earlier thought it was a child’s
play. It’s now he understands better the kind of situation he is in. I
learnt that his family has since been running from pillar to post to get
him out of detention, but their efforts are yet to yield the desired
results as nobody is ready to stand as surety for him because of the
stringent conditions attached.”

Recall that Seun Egbege was arrested for allegedly defrauding some
Bureau De Change operatives of over N40 million, between 2016 and
February 2017.

He has been granted bail since February of N5 million with two sureties each in a sum of N2.5 million.

Justice Oguntoyinbo of the Federal High Court in Lagos ruled that Mr.
Egbegbe be granted bail once he meets his bail requirements.

Chocolate City boss, Audu Maikori has sued Kaduna State Governor, Mallam
Nasir El-Rufai for gross violation of his human rights. In a suit
(FHC/ABJ/CS/385/17) filed by his lawyers, Ballason’s Chambers at the
Federal High Court, Abuja, Maikori is seeking damages to the tune of
N10billion.

According to details of the suit, which came
up for hearing before the trial judge, Hon. Justice John Tsoho on
Tuesday, May 16, 2017, Maikori is praying the court to enforce his
fundamental rights against undue harassment and intimidation by the
Kaduna State government, the State Governor and the Nigerian Police. Recall
that Maikori was arrested by the Nigeria Police on charges of
incitement, based on... 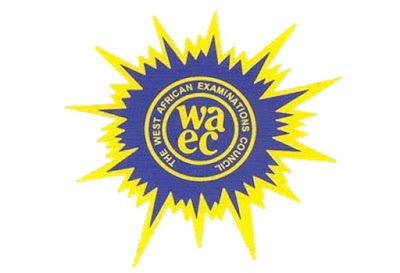 The West African Examinations Council (WAEC) marking coordination will begin on Thursday, May 25th 2017 nationwide. Marking venues in Nigeria are listed below...

(Reuters/NAN) Rwanda’s telecom industry regulator has fined MTN Rwanda, a
division of South Africa’s MTN Group, 7 billion francs (8.5 million
dollars) for running its IT services outside the country in breach of
its licence.

The regulator said in a ruling posted on its website
in Kigali that MTN Rwanda was hosting its IT services hub in Uganda,
which it had prohibited.

“They are punished for relocating their
IT services outside Rwanda, and this was deliberate,’’ Rwanda Utilities
Regulatory Authority Spokesman Anthony Kulamba said.

MTN Group said it had also received a notification about the fine.

“MTN has been engaging with the regulator on this...