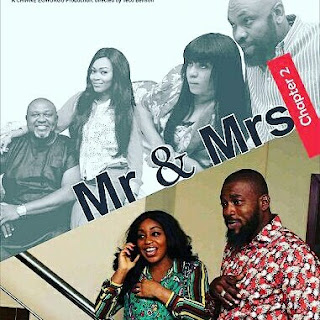 Today’s Movie for review is Mr and Mrs 2, a sequel to the ever green Mr and Mrs movie…you can check out our 2012 review of the movie
To be honest, Mr and Mrs chapter 2 was an epic fail.

It borrows the broadest ideas from the original 2012 film and takes everything up a few notches to its own detriment.

First, we have got Kobi and Sharon
played by Chidi Mokeme and Rita Dominic
respectively.

They are a married couple with two teenage children and
their lives seem to be very comfortable; they’ve got a big house with a
ton of domestic staff. Their relationship starts to strain when Sharon
becomes the sole breadwinner as Kobi can no longer provide for his
family because his daddy can’t afford to give him an allowance anymore
due to the EFCC freezing his assets in relation to a corruption
investigation. So basically, Kobi doesn’t have a job and lives off
handouts from his corrupt politician father, and an audience is expected
to empathise with him and his situation. Added to this story, we have
KJ, their perfectly normal looking son being a cocaine addict who owes a
drug dealer almost a million Naira and we have their daughter Ivy, who
is starting to come to the realisation that she is a lesbian. This
doesn’t seem excessive at all.

KFN Movie Review: Introducing The Kujus will reset your brain back to family setting

We also have Kobi’s father, Senator Dede (Akin Lewis) and his new, young wife Lami (Tana Adelana).
Dede is a politician who is trying to cover his tracks for some corrupt
practices. His plan goes sideways and the EFCC freezes all his assets
just before he gets married to his second wife, Lami. With his assets
frozen, Lami convinces Dede to live on a budget and sell his home to be
able to keep their heads above water. However, this plot point is never
mentioned again and Dede and Lami just continue living their lives as if
they have no money issues at all.

The final twosome in this film is Timi (Steve “Yaw” Onu) and Zola (Muna Abii),
an engaged couple who are in the middle of planning their wedding. Zola
is over the moon about the engagement, but Timi seems to not really
care about a lot of things. This causes them to have repetitive
arguments in every other scene that they are together in.

KFN Movie Review: Omo Ghetto (The Saga) made us proud

All
these stories are jumbled together with the help of average acting,
shoddy camera work and shambolic editing that cuts every scene right
before important information is about to be conveyed.

I am sorry but Mr. & Mrs. 2 was just crap and I wonder why  Rita Dominic and Chidi Mokeme even agreed to feature in the movie!

This Nigerian couple dated for 8 YEARS without sex…until they got married (photos, details) 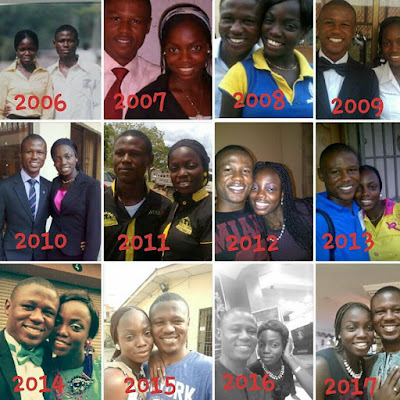 There is nothing as beautiful as waiting till your wedding night and this beautiful couple's story is proof that no matter how long the dating takes, you CAN wait!

Yesterday, we brought you the preamble (HERE), now we have got...