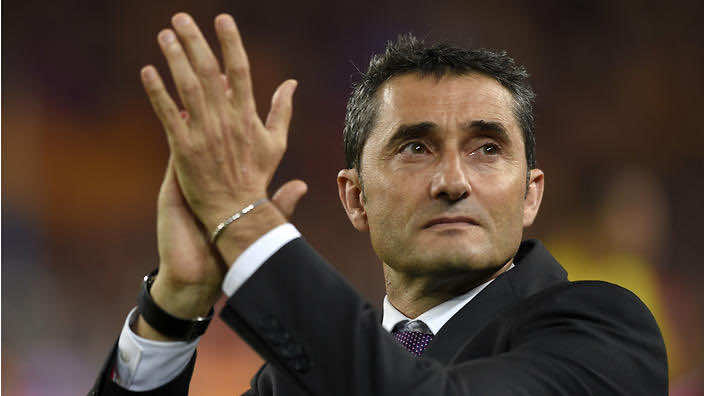 53-year-old former Barcelona player, Ernesto Valverde has been confirmed as the new head coach of Barcelona.

The former Blaugrana player will replace Luis
Enrique, who had previously announced earlier this year that he would be stepping down
at the end of the season.

Valverde, who had been in charge of Athletic Bilbao for the last four seasons, has signed a two-year deal.

Barcelona president Josep Maria Bartomeu said: “Valverde has the ability, the judgement, the knowledge and the experience.

“He promotes the youth players and he has a Barca way.”

Valverde’s official introduction to fans and the media will be held on Thursday.

READ
How I deal with my ex-boyfriends - Lizzy Gold

He previously played for Barcelona as a forward between 1988 and 1990 under Johan Cruyff.
Valverde
began his coaching career with Athletic’s youth set-up and is the
Basque club’s longest serving coach, overseeing 308 games over six years
in two different spells.

As well as qualifying Athletic for
Europe in five of his six years with the club, he ended a 31-year wait
for a trophy by leading them to the 2015 Spanish Super Cup, beating
Barcelona 5-1 on aggregate.

He also coached and played for Barca’s
city rivals Espanyol, reaching the 2007 UEFA Cup final while in charge,
where they lost to Sevilla on penalties, and he won three Greek league
titles and two domestic cups with Olympiacos. Luiz Enrique rounded off his three-year tenure at Barcelona on Saturday with a 3-1 win over Alaves in the Copa del Rey final, the ninth trophy he led the club to during a very successful tenure.

Barcelona reveal coach to manage the club next season

Liverpool Vs Barcelona: Why we lost – Ernesto Valverde

Fans react to Kevin-Prince Boateng signing: “One day Valverde will sign a fisherman to Barcelona”

What Ernesto Valverde said after Barcelona sacked him