Recall that during the show, she had told fellow housemates how she
ran out of her home because her dad, a pastor, would not let her attend
the show.

She just took to her Instagram page to share the adorable photo of
her dad hugging her as she returned home to Kogi State few weeks ago.

Vote APC out of the region - Atiku tells North-East 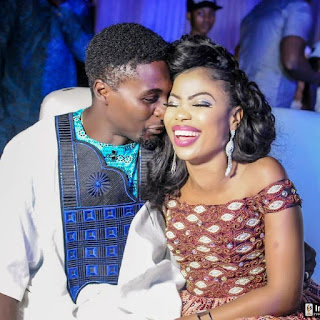 The Love struck girl shared the above photo of her and her boo boo ( Toyin Aimakhu's ex husband) on Instagram. The PDA here is lit! She captioned the photo: Mood! A girl shocked many after she turned up to her school prom in a coffin.

Megan Flaherty, 17, from New Jersey, arrived at Pennsauken High School's
junior prom on Saturday lying flat in a coffin and driven there in a
hearse.

Megan slid out of the coffin as her stunned classmates looked on. Her
date, Stephen Caldwell, who had not arrived in a coffin, then took her
hand, and the pair walked into the party .

The Federal University of Technology Minna , Niger State, has been
thrown into mourning following the killing of a female postgraduate
student in the school , Bolatito Ajuola, by a man suspected to be her
fiancée.

It was learnt that Ajuola , a student of Science
Education , was allegedly stabbed to death at about 11pm on Monday at
her off -campus residence.

Eyewitnesses said the man , Best
Origboshe , was a worker...