Memorise: For Demas hath
forsaken me, having loved this present world, and is departed unto
Thessalonica; Crescens to Galatia, Titus unto Dalmatia. – 2 Timothy 4:10

5 Then went Samson down, and his father and his mother, to Timnath, and
came to the vineyards of Timnath: and, behold, a young lion roared
against him.

6 And the Spirit of the LORD came mightily upon him, and he rent him as
he would have rent a kid, and he had nothing in his hand: but he told
not his father or his mother what he had done.

7 And he went down, and talked with the woman; and she pleased Samson well.

9 And he took thereof in his hands, and went on eating, and came to his
father and mother, and he gave them, and they did eat: but he told not
them that he had taken the honey out of the carcase of the lion.

Man rescued after a suicide attempt in Lagos

10 So his father went down unto the woman: and Samson made there a feast; for so used the young men to do.

Yesterday, we established that backsliding is a gradual process that
remains hidden in the heart and only begins to manifest after it had
gotten out of hand. In today’s memory verse, we discover one factor that
brings backsliding: the love of the world. 1 John 2:15-16 says,

The Bible passage reveals the character of the love of this present
world, by which the heart of Demas, a companion of Paul, was stolen away
from the straight and narrow way (2 Timothy 4:10). How far have you
been drawn away from the narrow path which you have been treading on for
so long? Is the relativism philosophy of this present world doing great
damage to the faith which you once had? How far have you been drawn
away by the pleasurable things of life? My prayer for you is that the
fire of the first love you had for Christ will be reignited, and that
you will relate with God and the things of God like when you first
believed in Him in Jesus’ Name.

APC speaks on social media and the effect on fake news

Taking a closer look at the life of Samson as a case study of the
backslider-in-heart, one lesson we can learn from today’s Bible reading
is that the backslider-in-heart can still be preaching, ministering in
songs, doing all kinds of work of the ministry, and even performing
miracles, which in the process of backsliding. Although Samson was going
down into abomination, when a lion roared against him, he responded
with the same ability of the spirit he always had. Judges 14:6 says:

“And the Spirit of the LORD came mightily upon him, and he rent him
as he would have rent a kid, and he had nothing in his hand: but he told
not his father or his mother what he had done.”

As if marrying a Philistine was not enough, on his next trip to Timnath,
he went to admire the relics of his conquest, the carcass of a lion he
had killed. Behold, the devil had set up a honeycomb right there in the
carcass of the dead lion to ensnare him, and Samson fell for it; even
though he knew that a Nazirite must not touch the dead body of an animal
(Numbers 6:2-8). Samson’s stomach and taste continued to lead him on his downward slide towards destruction, just as they did to Esau (Hebrews 12:16-17). My prayer for you is that your appetite for the things for the world will not destroy you in Jesus’Name.

Why I failed at Manchester United - Angel Di Maria

Prayer Point: Father, don’t let what I love destroy me, and don’t let me love what would destroy me.


Open Heavens Daily Devotional guide was written by Pastor E.A.
Adeboye, the General Overseer of the Redeemed Christian Church of God,
one of the largest evangelical church in the world and also the
President of Christ the Redeemer’s Ministries.


iOpenHeavens is the electronic version of the Hard Copy. The Open
Heavens devotional application is available across all mobile platforms
and operating systems: iOS, Android, Blackberry, Nokia, Windows Mobile
and PC. 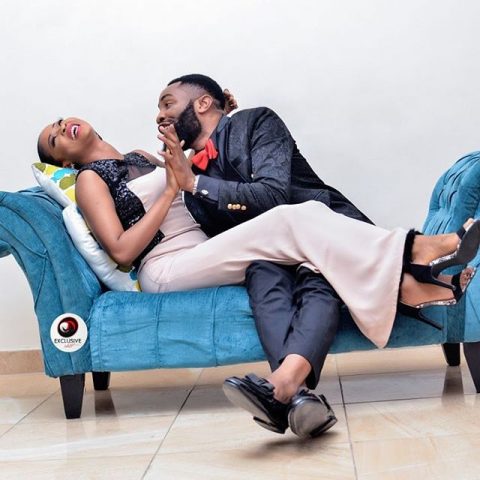 Popular comedian on Instagram who acts as a prophet in comedy skits, Woli Arole, has been taken!

“Love is friendship that has caught fire. It is quiet
understanding, mutual confidence, sharing and forgiving. It is loyalty
through good and bad times. It settles for less than perfection and
makes allowances for human weaknesses. Love you my baby!” (sic)


Married to Sam Adeyemi, Senior Pastor of the Daystar
Church Lagos, Nike Adeyemi, who just clocked 50 years lately, reflects
on life in the parsonage and how pastors’ wives cope with the challenge
of supporting their husbands’ ministries
Excerpts

Would you say that it’s been easier to make a success of your marriage because you are married to a pastor?
I don’t know because when you get married, the success is not
determined by the fields you and your spouse are in. I think it’s about
two friends coming together and deciding that they want to grow together
for life and that is huge. One thing that my husband and I have in

That moment when Omotola Ekeinde’s son got birthday wishes from Man. City and Liverpool! 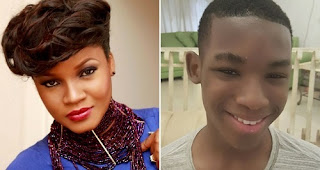 Beautiful actress, and mother of 4, Omotola Jalade Ekeinde took to
her Instagram to celebrate her last son, Michael who apparently, turned
15 today.

The 39 year old actress revealed, that Michael was so elated after
his favorite clubs, Liverpool and Manchester City sent him birthday
wishes. She also shared the messages her son got from the club.

“Please Help me say a Hearty Happy birthday to my Baby. My last born
child mickyboy @michael_ekeinde who turns 15 Today.This footballer kid
is So happy as he got messages from his best team @liverpoolfc ! and
another from @mancity .. Love you kind sweet soul.” 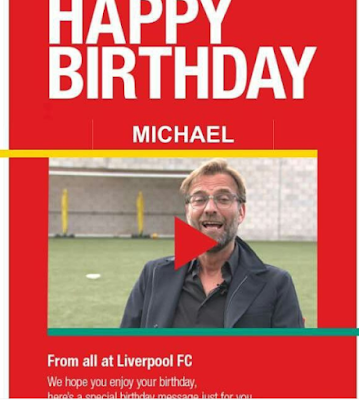