Pastor Robinson Githumba of Eagle Prophetic Church alongside his
followers spent a whole day at Embu mortuary praying and hoping that his
wife will resurrect after she died from tuberculosis.

Read The Full report below:

A pastor and his followers spent the day at Embu mortuary praying with the hope that his wife will resurrect.

Pastor Robinson Githumba, 40, of Eagle Prophetic Church camped at the Gakwegori funeral from 8 am for the mission.

Armed with bibles, they prayed enthusiastically, singing and shouting at the top of their voices expecting a miracle.

They invoked God’s name to resurrect Polly Kagendo, 38, who died of TB on Sunday.

Githumba insisted that his wife was not dead but only resting and would resurrect on the fourth day like the biblical Lazarus.

The pastor traveled from Rwika Village, Mbeere South sub-county with his followers.

He asked the mortuary attendants to remove his wife’s body and put it in an open place for the prayers.

Drenched in sweat, they continued until 5pm when the attendants sought to return the body as they were to close for the day.

The pastor and his team did not allow the press to enter the mortuary, only speaking to members of the media outside.

He said his wife fell sick and was rushed to Mwea hospital where she
passed way. He carried for her clothes to put in case she rose.

She was later transferred to the funeral home for preservation.

Githumba said he believes his wife, ‘whom he loved so much’, will rise again.

“That is why we are praying for her resurrection. We know God is the most powerful being.”

“I know she will be visited after three days the way Jesus visited Lazarus and woke him up from the dead,” he said.

“I know this will also happen to my wife,” Githumba, a father of four, said.

The woman was set to be buried on Saturday. But with the current development, the plan is likely to change.

“I believe my wife who
died on Sunday will resurrect today, she isn’t dead but resting and
will resurrect as Lazarus did,” the pastor told residents.

She was supposed to wake up on Wednesday, March 29 according to the
pastor’s estimation. In anticipation of the miracle that Gathumba had
promised, residents and local media houses milled around the funeral
home waiting for the miracle to happen.

As at the time this story was published, the pastor and his followers
were still waiting for God’s appointed time. The pastor said that he
will not leave the funeral home until his ‘sleeping wife’ wakes up from
the dead. 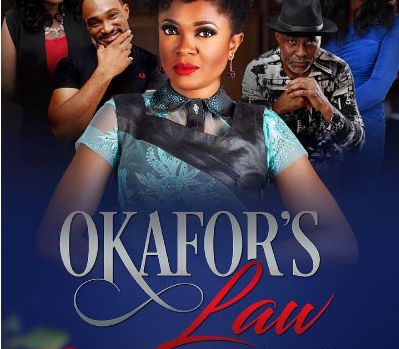 A Federal High Court sitting in Lagos, yesterday, ordered advance
service of court processes in a suit against Nollywood actress/producer,
Omoni Oboli, over copyright infringement on the movie “Okafor’s Law,”
on other parties to the suit.

Justice Ibrahim Buba ordered that copies of processes be served on
counsel to other defendants by email, so as to ensure that the justice
of the case is achieved in good time.