An Ibadan-based fashion designer, Mrs.
Kemi Balogun, thought she had freed herself from the clutches of her
alleged oppressive husband, Ahmed Balogun, a few years ago when she left
Lagos to resettle in Ibadan with a set of twins she had for him.
She alleged that her husband abandoned
her and the set of twins to die of starvation in Ikorodu area of Lagos
before she left and that her life had changed for the better in Ibadan.
But a life changing accident in the city has reversed all the gains of
the freedom she claimed to have achieved.
Forty-year-old Balogun’s life story has
been a mixture of delight, joy, sadness and now uncertainty, with her
husband playing a huge role in each of the stages.
On his part, the husband accused his
mother-in-law as the person behind the calamity that has befallen his
family, claiming that she has a role to play if he has to visit his wife
and son at the UCH.
As an apprentice in Lagos, Balogun met
her husband when her father was transferred to Ibadan and was left to
complete her apprenticeship while living with a relative. What seemed to
be the beginning of a a pleasant life laced with bright stars soon
began to show signs of doom.
She was living with her husband in Lagos
but claimed she was forced to leave for Ibadan after a disagreement
soon after she was delivered of a set of twins who are now more than 13
years old. She claimed that her husband treated her badly, sometimes
having to rely on crumbs from neighbours to feed herself and the twins
after being left to starve by him. She also claimed that her husband
refused to establish a trade for her.
Fate however smiled on her when she
relocated to Ibadan where her parents had been living after her father
was transferred from Lagos. With the help of her parents, she
established a fashion shop at NNPC area of Apata, Ibadan where her skill
won her numerous customers; among them are families who visit Nigeria
often from the United Kingdom and the US.
For a few years, she lived peacefully
and enrolled her children in a private school, shouldering all the
responsibilities all alone.
She said because of the love she has for
her husband, she was not tired of the union. Despite the challenges,
she was paying visits to her husband in Lagos during which she was
pregnant with her third child, David, who was born six years ago.
Despite the birth of the child, Balogun said her husband treated her
with disdain.
But her business in Ibadan experienced a
boom expected of a hard working small scale entrepreneur in spite of
the marital difficulties she experienced until the night of February 2,
2017 when she was involved in an accident with her son, David, on their
way home.
The driver of the commercial bus they
were travelling in claimed that the head lamp of the vehicle suddenly
went off and in an attempt to park and rectify the fault; the bus ran
into a ditch and caught fire.  Sitting behind him were David and her
mother who did not get required help quick enough to escape the fire.
They were badly burnt. David was mostly affected because he was the last
to be rescued from the burning vehicle. 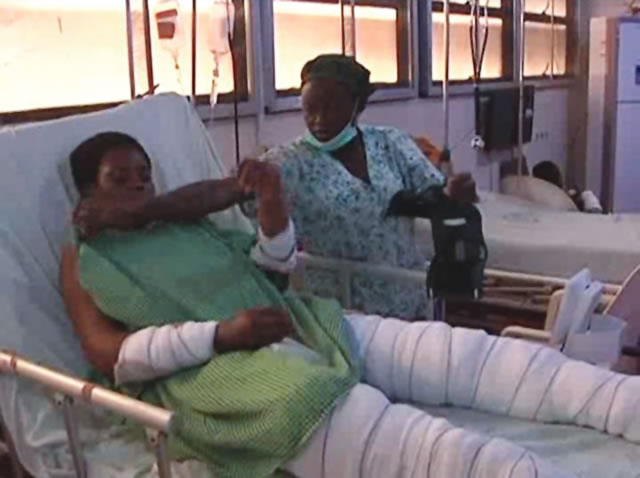 The mother and child were taken to Lafia
Hospital near her shop at NNPC, where N21,000 was deposited before they
could be attended to. But that was where the misery, the pain and the
anguish being experienced by mother and child, began.
Through the help of Prophet Elijah
Ilesanmi, who founded Dominion Christian Ministry, where Balogun
worships, both were taken to the University College Hospital, Ibadan,
where they now lie in critical condition, allegedly abandoned by the
husband.
Speaking to our correspondent on the
telephone from her hospital bed, Balogun said, “Whenever I visited him
in Lagos with the children, he would not care for our feeding or cost of
transport back to Ibadan. I shoulder every responsibility for my
children. I initially left Lagos because of his attitude.
“In December 2016 and January 2017, I
visited him just to show that I still love him as I always did. On both
occasions, I was badly treated. He said my mother was the reason why he
did not want to see me. He alleged that she took me away from him but
that was not true. I left because of disagreement over how he treated me
and the children. He called me this year and told me to leave him
alone. He said he was aware that I had boyfriends and that I should go
and marry one of them.
“I was shocked because I thought I had
done enough to show him I am faithful and to win his love and sympathy
towards his children. I pay their school fees and struggle to give them
good life.
“If I were a promiscuous or wayward
woman, I would have left him a long time ago. When I was pregnant with
David, I was confident of telling him because I knew that he was the
only man I knew. Whenever he called, he would rain curses on me and the
children and would say unprintable things about. But I persevered
because I respect him as a husband. When my father died, he did not call
or come for his burial.”
When Balogun and her son arrived at the
UCH, her husband was needed to sign a document permitting the medical
staff at the hospital to remove badly burnt toes of David before other
treatments would be carried out. When her husband was call, it was
alleged that he did not answer the call and that when he was finally
contacted, he ignored the plea until the condition of his son, David,
worsened. 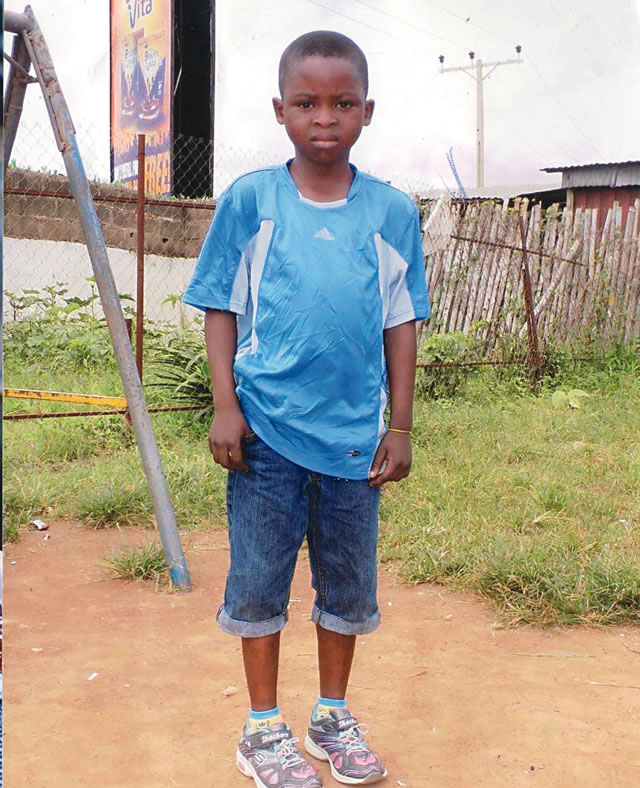 Prophet Ilesanmi, who took them to the
hospital volunteered to sign the paper but at that point, the doctors
had to amputate the leg beneath the knee because of the severity of the
damage, owing to the delay caused by the absence of the father to sign
the document.
But for daring to come to the aid of his
church members, Prophet Ilesanmi, alleged that he is being threatened
with court case and assassination from Balogun’s husband and relatives.
Narrating his involvement in the lives
of the family, Ilesanmi said he was moved to the edge and compelled to
act because David’s life was slipping away while his mother was equally
dying. He told our correspondent that he was aware of the disagreement
between her and her husband. According to him, each time he tried to
intervene in the matter, Ahmed Balogun would rain curses on him for
delving into their affair.
“I have known her for more than four
years as a child of God and someone who is struggling so hard to take
good care of her three children. The husband lives in Lagos and I am
aware that she visited him regularly since I have known her. I know that
she visited him in December 2016 and January 2017. I am also aware that
the husband has been battling her over her refusal to relocate to Lagos
with him.
“When I asked her why she is unwilling
to go, she said that each time her husband made a promise, he would not
fulfil it. She said he promised to rent a shop for her in Lagos but he
failed to do so. In one of her visits to Lagos, she said she came back
to Ibadan sick because the husband refused to take care of her.
“When she travelled in December and
January, she said she experienced disappointment again as her husband
did not change his attitude.
“She has a lot of customers and with the
present economic condition in Nigeria, she could be uncertain about
what going to Lagos would put through to mean to her life and her
children based on what she had experienced with her husband. According
to her, these are issues she has been battling with.”
Asked if his attempt to mediate between
the couple yielded a positive result,  Ilesanmi said he spoke to the
husband towards the end of 2016 about their relationship and how they
could make it work.
“From what I deduced, he works for a
church, King David Ministry, in Isolo, Lagos. What I noticed is that
they are still a couple but there were various misunderstandings between
them that require maturity and prayers to deal with.
“The husband was raining curses and
saying offensive words on the telephone to the wife. He said he would
like to meet me to discuss his life. I cannot say if there are other
issues causing ripples between the couple but the little I know revolves
around getting the best for the children and relocating to Lagos. The
wife’s fear is that with three children to cater for, there is no
structure in place for her in Lagos that can replace what she has
established in Ibadan over the years,” said Ilesanmi.
The church founder said the accident on
February 2, 2017, could have been avoided if Balogun had tarried a while
and accepted the offer of a lift from him. 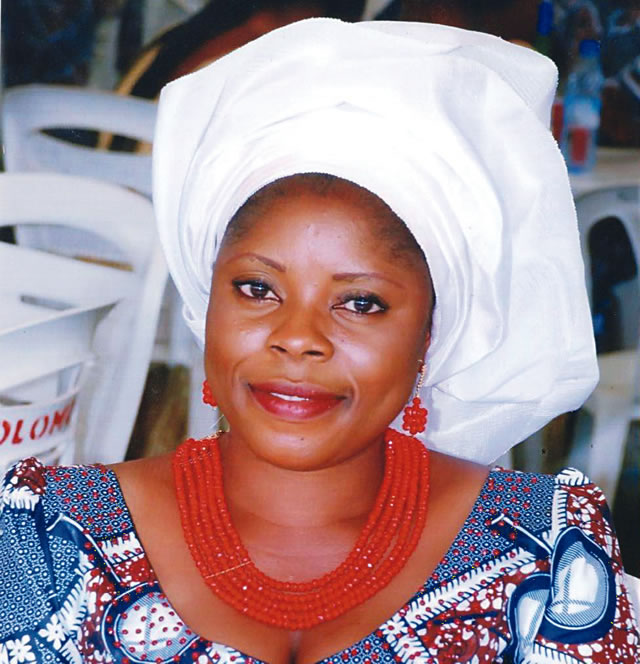