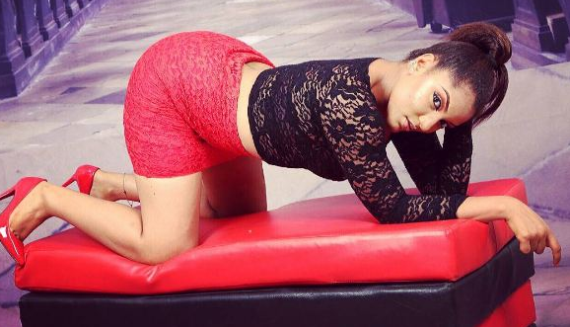 Recently evicted Big Brother Naija housemate, Gifty Powers has revealed her marital status, why she lied about her virginity and lots more.
She revealed that contrary to rumours, she has never been married. Gifty also disclosed that none of the housemates is aware of Thin Tall Tony’s marital status, saying that Bisola will be so sad when she finds out.
Read excerpts of the interview she granted LIB below.

LIB: What is your reaction to ruomurs that you used to be a hair dresser in Anambra state?

I am not a hair dresser, I have never made anybody’s hair for money. I just love learning, I watch people do something and I pick it up. The uniform photo was from a movie scene.

LIB: What parts of you in the house was a fake?

Some parts of me like the romance, kissing and accents were fake. It was part of my game plan before I entered the house.

LIB: There was a time you told your fellow house mates you are a virgin, how true is this?

LIB: What about your education, you claimed to have good grades

I studied Theatre Art in Ghana, had good grades and yes, I graduated with a first class

LIB: There were also rumours that you were married for few months and also an actor came out to claim he is your boyfriend

LIB: Are you in any relationship?

I was in a relationship before I went into the Big Brother house but broke up with him a few days before I traveled for the show. I didn’t want to break his heart because I knew my game plan was going to be very nasty

LIB: What is actually going on between Bisola nd Thin Tall Tony?

Bisola and Thin Tall Tony have a thing. I’m just imagining how Bisola will react when she finds out that he is married.

LIB: Does any of the housemates know Thin Tall Tony is married?

At a point, I suspected he was married because of the way he answered me when asked him if he was married. One day, two of us were in the kitchen and I asked him ‘are you married?’ he hesitated before saying no he is not. I also asked him if he has a girlfriend and he said no. Thin Tall Tony is serious game player but Bisola is truly falling for him and it’s written all over her. She would be very sad when she finds out he is married.

'Happiness is a choice' - actress, Tonto Dikeh says as she enjoys life as a single woman

My sugar mummy has 10 s*x sessions with me daily, stocks my sperm for sale – Teenager reveals