Nigerians of social media have reacted to Lagos state governor, Babajide Sanwo-Olu's plan to awarded scholarship to children of the policemen who...
Read more
Home News Sarah Ofili agreed to marry Ikechukwu in 2011 because he proposed in...
Facebook
Twitter
Pinterest
WhatsApp 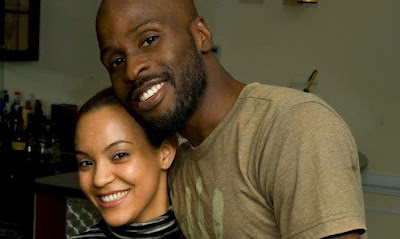 Sarah Ofili, has revealed her reason for accepting Ikechiukwu’s 2011 proposal.

The
model, who granted an interview to Elsie Godwin for her show ‘Crux of
the Matter’ revealed a lot while speaking on the topic; ‘Surviving a
Broken Engagement’.When asked about her engagement to the rapper,
specifically, who broke it of, Sarah said, ‘In my case, I did’


On why she accepted to marry him, she said:

‘because of pressure. he proposed in public and I’m that kind of typical
ride or die girl, I won’t embarrass my man in public even though I felt
he put me on that spot and he shouldn’t have, but he was smart he knew
if he did it privately there was a chance I’ll say NO because a day
before I had seen a message on my sister’s phone tryimg to help him plan
the surprise and pick a ring and I went crazy. I was like HELL NO,
don’t do it, stop whatever you are planning but he still went ahead to
propose’She continued:

‘on the day he proposed, I was talking through my teeth like ‘nigga
don’t do it, nigga get the fuck up’ but he did and I said YES, but
really I do envy girls that are bold enough to say NO on the spot’.