The love-up couple   Awele Nwokolo met Afam JohnPaul Nwokolo after he sent her a friend request on Facebook three years ago.   Once she accepted his request and confirmed that they aren’t
related, as they both have same last name, he told her to send her house
address and her mom’s phone number because as soon as he arrived back
in Nigeria, he was going to tell her parents he’s going to marry their
daughter.    Fast forward to January, 2017, he popped the question with a
beautiful diamond ring. Their meeting was trailed with some
coincidences…they both bear the same surname, Nwokolo, their fathers
are from Asaba, Delta state and mothers from Illah, Delta state and to
top it all, their grandmothers happened to be childhood friends.

Read their love story below:   “3 years ago, I got a friend request from a JohnPaul Nwokolo
guy and I thought since he had the same last name as me, he was probably
a distant cousin. He was vacationing in London at the time and I was in
the US. He immediately sent me a message asking where I was from..turns
out we’re both from Asaba. He went on to ask what village..he wanted to
make sure we weren’t from the same village cos we could be sibling. “When he confirmed we weren’t, he told me to send my house
address and my mom’s phone number because as soon as he arrived back in
Nigeria, he was going to tell my parents he’s going to marry their
daughter! I thought he was the most creepy guy ever! Who says that to a
girl u started talking to five minutes ago. I ignored him and his
messages for the longest time but this guy defined PERSISTENCE! He kept
texting till I gave up and replied and less than 6 weeks after, he was
in my parents home!  “Professing undying love for me and telling them he’d marry me
(he hadn’t even seen me in person) my mom called me after he left and
said “that’s a man who knows what he wants, I like him!” I laughed it
off, it was too soon to take him serious. But he turned out to be the
besttttttt boyfriend ever and I started to see how eternity with this
man would be a blessing. Here’s the interesting part..all the
coincidences that trail our relationship “•We’re both Nwokolos. •Our dads are from Asaba, Delta state.
•Our moms are both from Illah, Delta state. •Our grandmothers are
childhood friends •He has a sister called Awele too •My mom is
Clementina, his mom is Justina (notice the Tina) •Our dads both bear
Ike. •Our families are both strong Catholics. Obviously this was a
union carefully ordained from above! We knew we were meant to be
together.  “The way Afam loves me is evidence that God loves me intensely.
And I’m just as crazy about him! @damanijones I can’t wait till this is
officially sealed! You’re a King..you got your Queen now  #isaidyes
#themostbeautifulproposal #theNwokolos

China
is investing additional $40 billion in Nigerian economy, its Foreign
Affairs Minister, Mr Wang Yi, said on Wednesday at a bilateral meeting
with his Nigerian counterpart, Mr Geoffrey Onyeama, in Abuja.The Minister said China has already invested up to the tune of $45 billion in the Nigerian economy.
“Nigeria
and China are strategic partners; our relations have been developing
well. China has already invested or financed a total number of
$22billion projects here in Nigeria, another $23billion projects are
on-going.
“In addition, we are also following up another over
$40billion of investments which is in the pipeline. Compare with the
size, population and market of our two countries, our cooperation still
have large potential to be deepened,” he said.
The minister said
in order to achieve further development and prosperity of the two
countries, the nation need to strengthen its political, mutual trust and
deep... 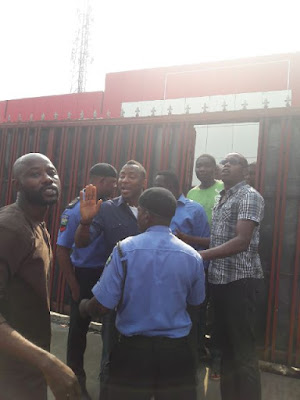 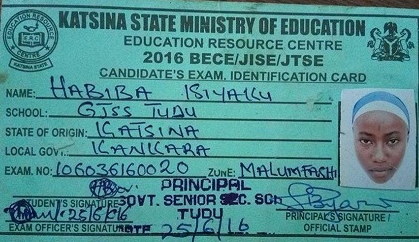 An 18 years old girl, Habiba Ishaku who eloped and converted from Christianity to Islam to get married to one Jamilu Lawal, without her parents consent has reportedly dumped Christianity and turned to Islam in Kankara Local Government Area of Katsina state.

During the court sitting on Wednesday, January 11, Habiba dissociated herself from a suit allegedly filed on her behalf by Trustees of Stefanos Foundation and the Evangelical Church Winning All (ECWA) over her conversion to Islam.

Habiba presented a letter to the Katsina High Court where he insisted that she is actually 18 years old.

However, the girl's father Mr Ishaku Tanko and the representatives of ECWA and foundation claim that Habiba is underage.

Mr Bawa Yakubu, the counsel to the plaintiff, urged the court to disregard the...