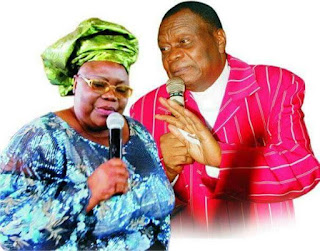 It was a gathering of who-is-who at the CAC, Agbala
Itura, City of Praise, Olode, Ibadan, Oyo State on December 2, 2016 when the
General-Evangelist, CAC worldwide, Prophet Abiara laid to rest, the remains of
his wife, Prophetess Christiana Aduke Abiara. 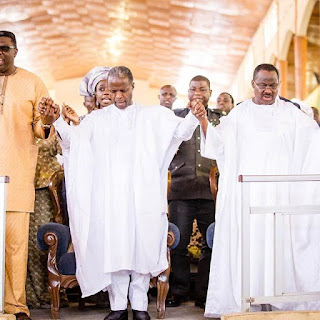 The Final Home Going Service had in attendance, the
Vice President, Yemi Osibanjo; the Oyo State governor, Abiola Ajimobi, Minister
of Finance, Kemi Adeosun and a host of other dignitaries.
Interment and reception also held at the venue.

The funeral rites will be rounded off with on December 4, 2016 with
Thanksgiving Service in her honour at the CAC, City of Praise, Olode, Ibadan,
Oyo State.

READ
FG gives new updates on reopening of universities
Prophetess Abiara died on September 2 after the
family’s night prayer at the age of 70.
Prophet Abiara described her as “my heartthrob, my
wife, confidant, jewel of inestimable value”, who was always there to make the
work of Gospel easy for him.
He added on his Face book page: “I miss you dearly my ministry partner, I say
goodnight till we meet in heaven. I love you and would continue to love you.
Rest in peace, Onitemi.”
Describing
the deceased as inspiring, fearless, and forgiving. Governor Ajimobi prayed
that “ her soul rest in perfect peace and may God give the Abiara family the
fortitude to bear her loss.”

The church’s President, Pastor Abraham Olukunle
Akinosun, described her as a pillar of support to her husband and a very
generous and impactful woman to all those who came her way.” 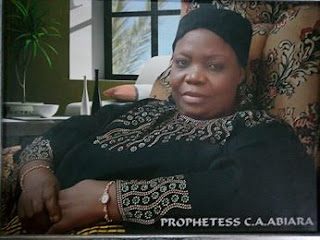 The late Abiara had both her primary and secondary education at Okesha, Ilesa,
Osun State.
She went into trading before she met her husband about 55 years ago.

Only God could have done this! Everyday I use four pads cos of a non-stop bleeding that started in 2013

Nigerian man calls out BBNaija star, Elozonam for allegedly sleeping with his wife