There was confusion in Odogunyan, Ikorodu area of Lagos State after an auxiliary nurse, identified only as Oyekanmi pulled off the hand of a baby while taking delivery.

The police have since arrested the suspect.

It was gathered that the victim’s mother, Adeola, was taken to Oyekanmi’s residence last Saturday when she went into labour.

Oyekanmi, while attempting to force the delivery, was said to have pulled off the baby’s hand.

How prayer from Nigerian writer resurrected her friend

The baby died when she was rushed to the Ikorodu general hospital, Punch reports.

The hospital management then alerted the police on the incident and the suspect was picked up by the police.

The source said, “What happened was that the auxiliary nurse tried to deliver the woman of the baby, during which there was a complication.

Iyabo Ojo attacks female celebrities currently hating on each other

“But she continued and in the end, the hand of the baby was pulled off while she tried to force the child out from the mother’s womb.

“Afterwards, they quickly packed the woman together and brought her to the general hospital. It had become a critical case by then. The remains of the dead child were brought out, while the matter was reported to the police.”

She said, “The doctor at the hospital discovered that something was amiss after taking a close look at the dead child and seeing that one hand had been pulled off. All the parties were invited to make statements. It is a case of infanticide; investigations are ongoing.”

Dayo Adeleke, 33, who was preparing for her wedding was stabbed by her Cameroonian family house keeper at her home in Parkview estate, Lagos, on Tuesday, December 20th. Read here if you missed.

She will be laid to rest today in Ikoyi, Lagos. May her gentle soul rest in Peace!
Click to Continue Reading
News

Mahto Suraj, A 22-year-old man has abandoned his 19-year-old wife Latila, and is said to have married his mother in-law, Asha Devi.

Mahto claims he fell in love with his 42-year-old mother-in-law after she paid them a visit in the village of puraini in Bihar, in the north-eastern part of India.

According to India Times, Asha left her husband who is a factory worker’s home in Delhi and started living with Suraj and had a court marriage and a formal temple...

Photo of a pretty lady slaughtering a goat, goes viral and scares men 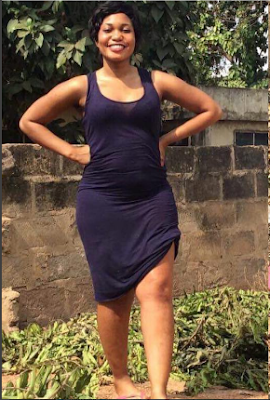 This young lady pictured above has become an online sensation, after a photo of her killing a goat alone emerged. See the photo below. 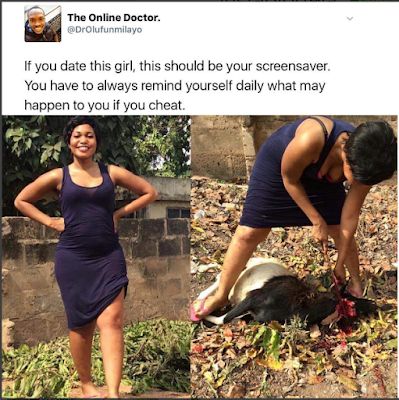 What kind of animal can you kill as a lady?
Click to Continue Reading