A
few weeks ago, the news broke that all is not well with star actor,
Sholagbade Mustapha otherwise known as Lolade Mustapha as his long time
romance with his baby mama, Dewunmi Fatai who is also an upcoming
actress and make-up artiste crashed exactly six months after they got
their first baby. 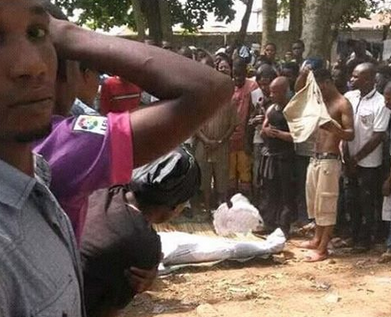 Bode Ibidun, who returned to Nigeria, recently, in preparation for his wedding on January 7, 2017, was, over the weekend, killed by some gun wielding cultists, in Osogbo, Osun State.

Punchng gathered that the deceased was killed by members of a cult group known as ‘Arise Boys’ which is based in Igbona area, because one of the members was dating the lady, who the deceased was planning to marry.

Ibidun, it was learnt, was killed inside the Toyota Camry which he newly bought. He was said to be driving along Sadiat area on Saturday when he was stopped by three members of the cult group who were riding on a motor cycle.

Various sources said that although Ibidun was killed by the cultists, he was not a cultist himself, but...