Nigerian billionaire and Chairman of Chrome Group of Companies, Chief Emeka Offor, has got tongues wagging after he buried his late father in a pure gold casket in an elaborate ceremony in Anambra State on Friday.

The event, which took place at the All Saint Anglican Church, Irefi Oraifite area of the state, attracted several dignitaries from all works of life including several clergies and left many present at the burial and beyond to question the rationale behind such a casket.

While some Nigerians are of the opinion that the billionaire is at liberty to spend his money as he likes and in whatever manner he deems fit, others condemned what they described as a waste of money and resources of the part of the billionaire in buying such an expensive casket.

A Facebook user, Gabriel Omonhinmin said the casket is said to have cost a whopping sum of N15m. “Don’t you think Emeka Offor’s father, Benneth would have been much happier in his grave if this money was given as a revolving loan to some youths in that community?”

Another user, Okorie Ikechukwu wrote: “The casket is valueless and useless once itz being lowered into d grave. Emeka shld be mindful of d grave, for d activities of d gold-mongers.”

Rapists: "My prayer warriors and I will not rest until..." Pastor Adeboye vows

Manu Vice Mike wrote: “No matter d amount of tin u did to a died man is nothing but a waste cus he doesn’t know that a gasket worthy of millions went to grave with him , so he should bury his dad on a humanitarian ground nd not for publication.. so those of u who r planning to give ur dad an extravagant bury should covert it to him with an extravagant life Style wen he’s still alive rather than expensive gasket as it is not going to make any difference with those buried wit normal gasket.”

Obi Nkechi Agnes wrote: “This corpse would be exhumed very soon by young boys who know the worth of the casket.”

Prosper Odinaka Con wrote: “Make money and eat money,some of u here are talking out of poverty…. in case u don’t no poverty is a disease u can quote me anywhere.”

Portia Emilia Anthony wrote: “You see how shallow Nigerian so-called rich men can be? In fact, this man is so poor. The real wealthy men don’t try to impress anyone. If this man had fed so many poor ones in his community, opened an academy in his father’s name to maintain his legacy if he left any, I would have blown him a wet kiss. But to show this sort of empty profligacy on a man that has died is rather so shameful.

“What would a gold-plated casket do for the dead man that does not care if he is wrapped in a rag or buried in a casket? Did he give his father a gold-plated lifestyle or life at most? I guess he never had time for the poor man. I know how these fools roll. What sort of madness is this? This man has not impressed me o! He is an idiot just like all of them. RIP dad all the same.”

Christian Kooltian wrote: “Those saying its a waste should go read Matt 14 vs 3-9. The poor you would always have with you.” 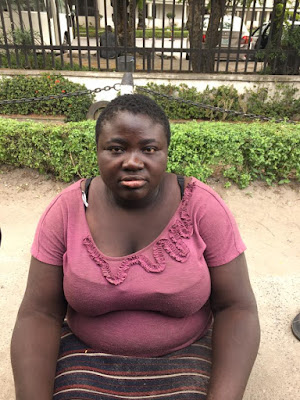 Hours ago, a certain Facebook user, Natasha Akpoti shared the photo above and a story alongside, read it below:

Meet the Yabatech graduate who sleeps on Lagos streets because her boyfriend threw her out (Photos)
Buhari says crisis in oil sector responsible for recession, 2-year-old boy burnt to death in Abakaliki and other major headline stories you missed today!
To Top