Kano is the heart of the Hausa movie industry popularly known
as Kannywood. It is where 25-year-old Maryam Waziri Musa resides and
plies her trade as an actor.

In this exclusive interview conducted in Kano, the Gombe State
indigene talks about her passion for acting, plans for marriage and why
she cannot play romantic roles in movies.

How did your acting career begin?

It began immediately after graduation from University of Maiduguri
(UNIMAID). I was so passionate about acting I had to relocate from Gombe
State where I grew up to Kano State. Fortunately, I met some producers
who assisted me to find my feet in the Hausa movie industry. So far, I
have featured in flicks like Muguwar Mace, Yan Zamani, Labarina, Ya Ko
Kishiya, Yakin Mata, and Aminan Juna. However, back in Gombe, I had also
acted in about three movies.

What was the experience like facing the camera for the first time?

Honestly, it was not easy. I was shy, and the processes of shooting a
movie, like taking the first, second and other shots, were hectic.
Because it was my first experience, it was very difficult but I had to
adapt.

Which movie would you say brought you into the limelight?

Wow! They are Muguwar Mace and Yan Zamani.

Considering your Islamic background, how are you coping with the
rules and regulations barring kissing, romance or even touching a man in
a movie?

It is not just within the entertainment industry, the Islamic
religion and Hausa tradition condemn it. As actresses, we are not
allowed to sit close to a man who is not our husband, and since you are
not married in real life, you don’t have to depict it in movies. Our
religion forbids it. However, it makes the movies look fake because you
cannot touch a man who is your husband in a movie, even when he is sick.
Professionally, I feel bad. However, I don’t have any regret not
touching a man or playing romantic roles because my Islamic faith is my
priority.

Some of your counterparts are now featuring in English movies; do you have any plan to join them?

Though, we are not restricted as regards acting in English movies, I
have issues considering the roles you are asked to depict. So, I don’t
see myself playing such roles.

Could you tell us about your background?

Toyin Abraham blasts those always begging her for money, says it's frustrating

My parents are happily married and blessed with three children, two boys and myself.

Who is the man after your heart?

No man for now, but I am seriously searching for the man after my heart.

It is a trend among Hausa ladies to wear artistic lilies on their bodies but you are not wearing any, why?

It is a tradition and a trend among our ladies. It makes us
outstanding in any social gathering or wedding. I wear it especially on
occasions or when I am playing the role of a bride in a movie.
Meanwhile, I have lilies on my nails and a simple one on my hand 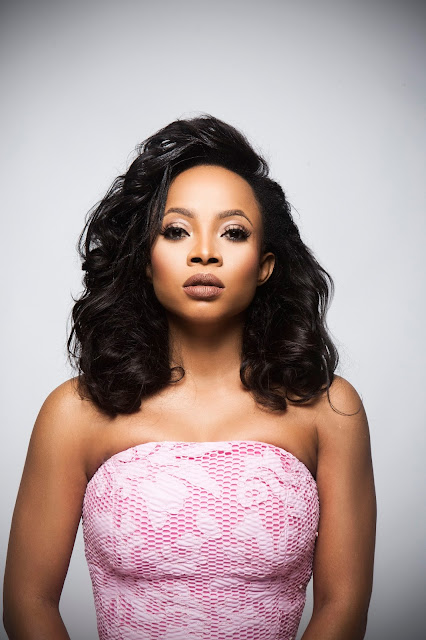 The media personality, who has been gushing about her
new book, “On Becoming” said she has revealed everything that constituted the person
of Toke in the book that will be released on November 28.
In an exclusive interview with
Kemiashefonlovehaven, Toke revealed why she wrote the book:

Why
and when did you decide to write a book?

I wish I woke up
one day and decided writing a book but no. People have different stories and
different inspiration behind why they did certain things and toed certain paths.
Writing a book never really crossed my mind because I saw authors as those