I’m
so excited about my new web series!!!!!!!!!!!!! Over here, you will get
to see a different side of your favourite Celebrities and
Personalities. Beautiful and talented Ghanaian actress / Entrepreneur,
Juliet Ibrahim is my first guest and the Personality of the month on the
very first episode of Ariyike weekly special.
I had so much fun hanging
out with Juliet. We started off by having a glam session at Make up by
Chinny then we went off to BLD in Lekki, Lagos to chat and have a drink.
The whole essence of this motivational web series is for Celebrities/
influential People to share their real life survivor stories and how
they were able to cope in times of difficulties.

Here, Juliet shares her
own survivor story about witnessing a bomb attack in Lebanon, how she
and her family had to relocate 3 different times after they lost all
they had as they experienced 3 different civil wars in Liberia, Lebanon
and Ivory Coast. How she had to carry her younger sister, Sonia and
flee, how the rebels tried to shoot her Father and then shot in between
her mum’s Legs and much more. She also talks about how she is affecting
the society positively with her Juliet Ibrahim foundation.

Babajide Sanwo-Olu writes a tribute to Billionaire, Aliko Dangote as he clocks 63

We also get
to watch her talk about her beauty products, Shades by Juliet Ibrahim
Lashes and Moda lipstick. Juliet also shows her fun side as we played
the Yes/ No game. You can watch the web series below and read more about
Juliet on my Ariyike weekly blog. Everyone has a story. What’s your
story?

The Nigeria Security and Civil Defence Corps (NSCDC) has rescued an abandoned baby girl in Abia State. She was dropped by the mother with a letter that she should not be sold but handed over to motherless babies’ home or any well-meaning Nigerian who can cater for her welfare.

Reacting to the development, the Abia State NSCDC Commandant, Walter Chika, revealed that the abandoned child was rescued by the Anti-Traffic Unit of the agency near a health centre in Avodim village in Umuahia South LGA. .

He urged young women to ensure that they were ready for child care before engaging in acts that could result into pregnancy. He stated that abandoning children under the disguise of inability to care for them was...

Food For Thought: Rahama Sadau was expelled from Kannywood for hugging in a music video but Ali Nuhu gets no sanction for kissing 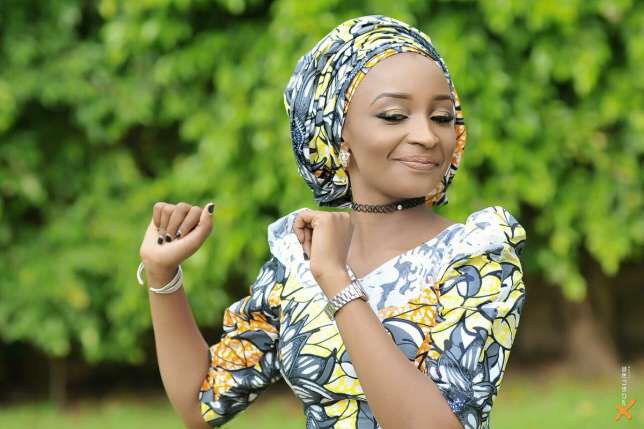 Yesterday, The Motion Pictures Practitioners Association of Nigeria yesterday announced they have expelled top Kannywood actress, Rahama Sadau, from the Hausa film industry because she featured in a romantic musical video by Jos born singer, ClassiQ where she hugged and cuddled the music artist.
See the video below:


'Interestingly, her colleague Ali Nuhu has featured in romantic movies even sometimes kissing is some, yet has not gotten any public sanction?

Isn’t this double standards and gender discrimination on the part of The Motion Pictures Practitioners Association of Nigeria? Or is Ali... 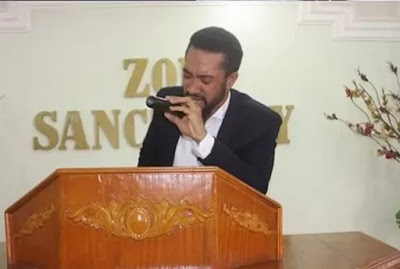 The trio preached, prayed and anointed the congregation, throughout the 4-day program.

Bentum is also set to bring together Actors, Presenters, Professionals and Musicians for Christ (APPMC), a Christian evangelism movement to embark on evangelism targeted at using celebrities to win souls for Christ. Michel, who has been with the movement since inception, is also part of it.... 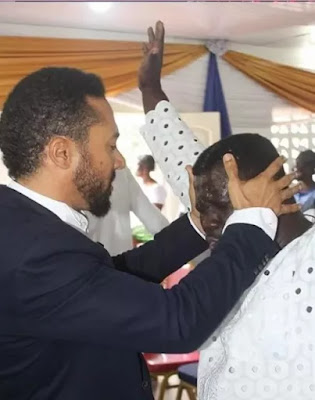 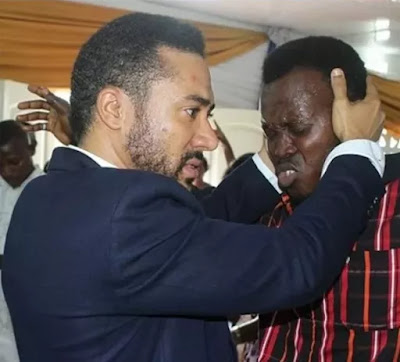