The story is about a 26 year old girl whose name is Grace Oge Onuoha. She is a graduate of Agricultural Economics, an Extension from the University of Agriculture, Markudi.
Like every Nigerian graduate who goes for the compulsory youth service scheme after graduation, Grace did the same. She did hers at Zamfara State in 2014. And also, just like many youth Corps members who shouted: “God why me”, when they realised that they had been posted to the North Grace also had her fears. However, life as they said is a mystery. A single mosquito bite eluded Grace during her stay in the North. She bubbled and radiated in beauty and grace. Her chubby cheeks were always surrounded with laughter. Her smile were infectious and it always reveal a perfect set of dentition. She was doing fine. She also had her own business as well as her primary assignment.

That is a multiple income. A typical Igbo girl. And then, the NYSC was over and Grace had to go home like everybody. And then it happened. On that fateful day, which was on the third of July 2015, a day that will never be erased from her memory, she was at Ibadan, where she was working, her boss wanted her to go and make some bank transactions. She was usually the one who did that in the office. She went on that journey with two legs but she never came back the same. On her way, a vehicle lost control and veered to her side of the road and hit her from behind. After two surgeries and medical analysis, it dawned on her and her family that she will not be able to use her right knee again.

Poor Grace and her family were given a decision to either amputate the leg or allow the problem to spread to other parts of the body and that may be catastrophic for Grace. Faced with that situation, they chose life and allowed the leg to be amputated. When asked how it feels to have an amputated leg she had this to say: “I must confess it hasn’t been easy. It is really a painful ordeal. I was in pains; I was feeling my legs after the amputation.

Even till date I still feel my legs, but when I look down, I can’t find it. I will be like, but I felt you inside of me, but I can’t find you. I can’t see you when I look down. It has really not been easy relying on crutches for movement since it has its attendant limitations”. Grace has refused to give in to depression despite her predicament. She said: “I thank God for the spirit He has given me. He made me strong. He made me not to look at my limitations.

Sometimes when I am down, I will be like, what if you have died? What if you did not wake up from that unconsciousness? I thank God for the accident; I have to be grateful for life because that would have been the end of me. So, when I look at all those things, I realise that I have every reason to be grateful to God. Some people eat and they never stood up from where they ate. Some people even slump and die where they are, but here I am still alive having passed through the trauma and the shock”.

Grace further stated: “Even when I was in the hospital, I saw so many people like me who had very serious cases, who the vehicle crushed their legs right from the feet through the waist region and they never made it because they were depressed. They passed out.

They died. I have always had that strong spirit, ever since the first day it happened. I have always been filled with smiles, happiness, because that is the only way I can overcome whatever that has happened to me.

Finance Minister kills himself over recession caused by coronavirus

So, I am grateful to God because I know that, He who has kept me alive has something special for me. I am not better or more than those who have died, but I think, He has given me life for a reason. He spared me for a reason and I know that His plans for me would come to actualization by the grace of God. Amen.”

Grace needs help. She has undergone an orthopaedic evaluation where the use of prosthesis was recommended to enable her walk on her own. The cost of that prosthetic leg is N2.5 million. Her family has been able to raise some amount but the figure is nothing compared to what is required.

Thus, she needs help if she is ever going to walk again without the crutches as it is her hope and prayer that she walk again and take a selfie like her mates do without the aid of crutches. As the famous German writer and statesman Johann Wolfgang Goethe puts it: “Knowing is not enough, we must apply. Wishing is not enough, we must do”. Grace can be reached on: 07036870905. Her account details are: Onuoha Grace Oge. 0007546405. Diamond Bank. 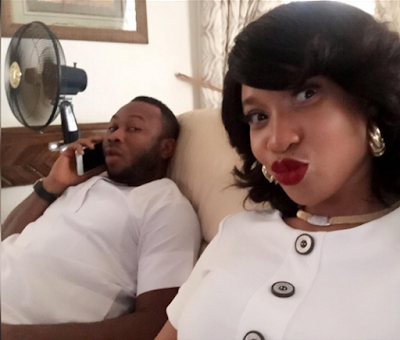 In this exclusive interview with Entertainer, the mother of one disclosed why she hasn’t starred in any movie since her marriage. She also opens up on her plans and why she is sticking to exclusive breastfeeding.

You are one of the most celebrated stars coming out of Nollywood. What do you cherish most as a career woman?
Acting is a profession that gives me joy and I am so passionate about my career. Of course, I am delighted that my hard work and dedication gave birth to the brand, Tonto Dikeh Entertainment Foundation. However, the aspect of...