Read below:
Perched on a throne adorned with cattle horns, the voodoo priest warns
the housewife knelt in front of him of the deadly consequences of
defying his powers.

‘If you cheat on your husband, you will suffer for it, both you and the
man you cheat with,’ he says, wagging a gnarled finger. ‘Defy the shrine
and it will come and kill you.’

Just in case she has any doubts, High Priest Godspower Ojoduma shows her
an photo album full of corpses, their limbs twisted and stomachs
grotesquely bloated.

This bloodthirsty ceremony, witnessed by MailOnline, is an oath-taking
ritual for the ancient slave god Ayelala, one of the most feared of all
Nigeria’s voodoo or ‘ju-ju’ deities.

For hundreds of years, her potent magic has been used to enforce
everything from debt collection and land disputes through to marital
infidelity.

But in the 21st century, she has acquired a chilling new role in a very
modern social problem – the trafficking of sex slaves to Britain and
Europe.

As the ruthless trade has escalated in the past decade, Nigerian
trafficking gangs have begun evoking Ayelala’s powers to terrify local
women into doing their bidding.

The gangs bring thousands of young Nigerians into Europe every year,
luring them promises of jobs in shops or hair salons, then forcing them
into prostitution when they arrive.

To ensure they do not run away, they make them swear oaths to Ayelala
before they leave Nigeria, often forcing them to provide clippings from
their pubic hair as an ‘offering’.

Such is the fear that voodoo inspires that many of the victims prefer to remain in sex slavery rather than disobey.

West Africa was once also the major market for transatlantic slaves and
today, in a chilling echo of that role, Benin City has become the main
hub for trafficking African prostitutes to the streets of London, Rome
and Paris.

Such is the scale of the problem that local anti-trafficking charities
believe that most young women will be approached at some point by a
trafficker.

While most end up in Italy, because of its proximity to the
Mediterranean smuggling routes, hundreds also find their way every year
to Britain – home to Europe’s largest Nigerian diaspora.

At Mr Ojoduma’s temple in Benin City last week, MailOnline watched him
perform a fidelity ritual on a housewife whose husband had taken her
there on suspicion of having an affair.

Despite the gory threats he issued, Mr Ojoduma insists that Ayelala’s oaths are never used for evil purposes.

But Osas Omaghomi, 27, told of how she was lured to Italy by a Benin
City ‘madam’ who paid the €1,000 fee for a people-smuggler to take her
across the Sahara and the Mediterranean.

Before she went, however, the madam took her to a shrine dedicated to ‘Shango’, a voodoo Thunder God.

‘Before I went on the journey I was taken to a shrine with three other women,’ Osas said.

‘A lady trafficker made us cut clippings from our fingernails and hair
and put them on top of the shrine, and we lay down in front of it.

‘We were also made to drink a glass of schnapps and rub white powder in
our faces, so that nothing bad would happen to us before we reached
Italy.

‘Then we had to swear at the shrine before Shango. We were told that if
we didn’t pay back the money we owed the madam, Shango would come and
kill us by sickness.’

When Osas arrived at Torino, she discovered she would be going into prostitution. After sleeping with some men, she ran away.

‘I was terrified that Shango would come and get me, but I met a local pastor who reassured me and brought me home.’

Joan, a Nigerian woman who was trafficked at 17 and deported from Italy
at 22, told of her ritual at the hands of a ju-ju priest.

‘He cut off my hair, my armpit, my private parts, my nose…then he took my picture,’ she said.

A Bini hut used for some of these rituals

‘Sometimes people do come and ask, but I always turn them down. There
are plenty who bring Ayelala’s name into disrepute, but I have nothing
to do with them.’

A 40-year-old Muslim cleric, Saheed Gbadamosi, was on Tuesday arraigned
in an Ikeja Magistrates’ Court for allegedly threatening to bathe a
pastor with acid and destroying his church property.

The accused, a resident of Aboru area of Iyana-Ipaja, is being tried for breach of peace, assault and threat to life.

The prosecutor, Insp. George Nwosu, said that the accused committed the offences on September 4 at his residence.

He
told the court that the accused conspired with others still at large
and stormed the defendant’s church armed with different types of
dangerous weapons as they beat up the pastor identified as Emmanuel
Ugbo, destroying church property and threatening to pour acid on him.

“The
accused and his accomplices beat up the complainant and... 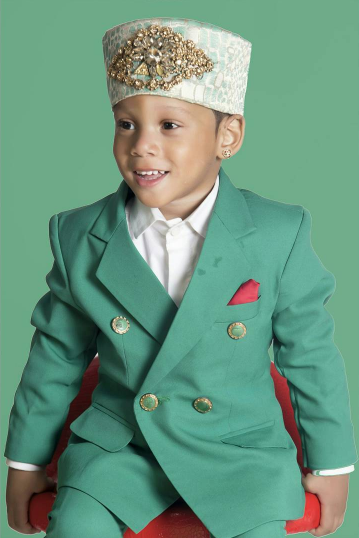 Hours ago top celebrity stylist, Toyin Lawani shared some new photos of her son, Jermaine Oluwatenor AKA Lord Maine, who will be clocking 3 soon. See more below: 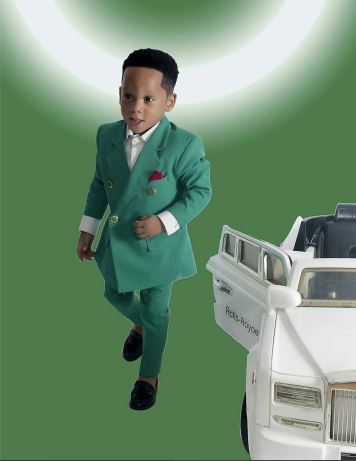 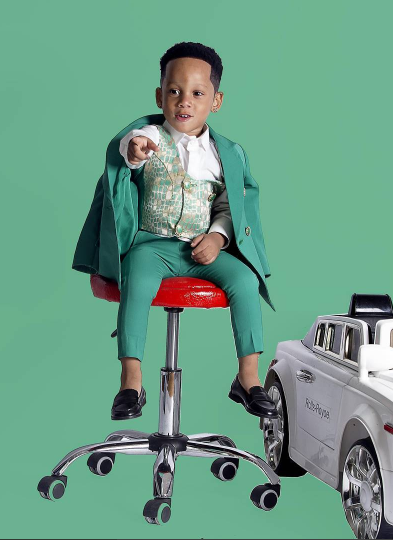 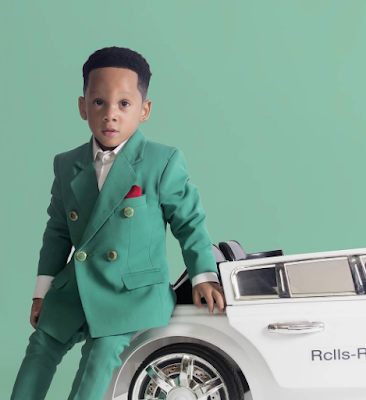 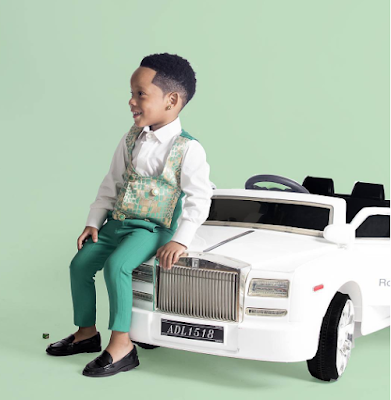 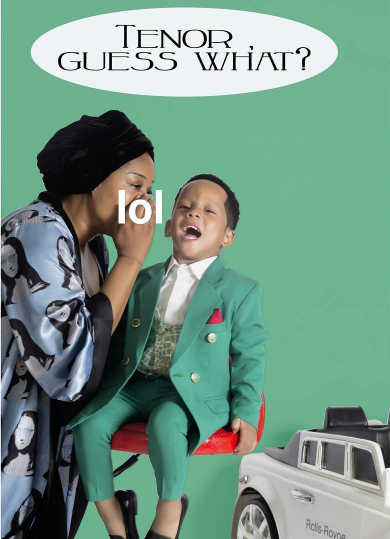 Our dear Sweetheart, congratulations on your Passing Out Ceremony (photos) 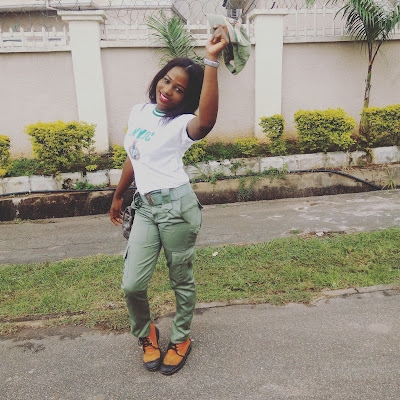 Yesterday, one of us, Sweetheart participated in the NYSC Passing out ceremony that held across Nigerian states yesterday.
She has now shared some of the beautiful photos with us "Yipeeee...I passed out yesterday(Abuja)! Eventually returning to Lagos! Thank God on my behalf, He really has been faithful." Congratulations dearie, this is the beginning of greater heights for you. You are now in the favor and labor market in Jesus name. Love you loads!

See more photos of Sweetheart below: 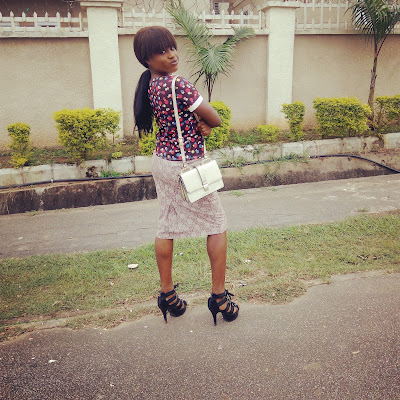 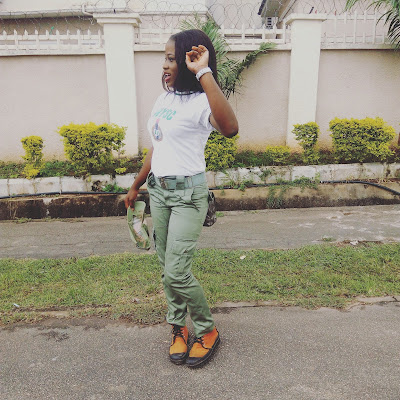